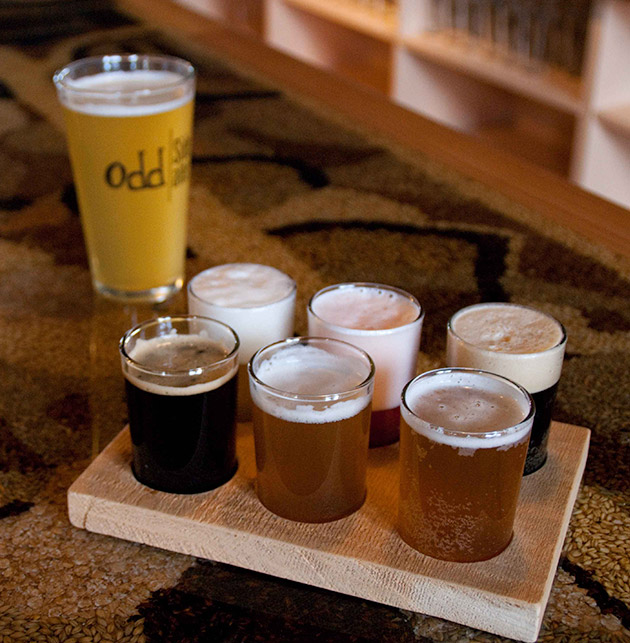 Although we’ve experienced warmer than usual temps, we are in the midst of fall in Michigan. Fall brings with it a host of changes, but these changes are not limited to the increasingly early sunsets or the colors of the leaves on the trees. Fall also means the arrival of new seasonal beer offerings from the Grand Haven Area’s local breweries. We, here at the Grand Haven Convention and Visitors Bureau, have compiled a list of the upcoming fall and winter beer selections from our good friends at Odd Sides Ales, Trail Point Brewing Company, and Grand Armory Brewing. Some of these mouthwatering seasonal offerings are only here for a limited time, so be sure to stop by and try one, or a few, depending on how in the fall spirit you are. 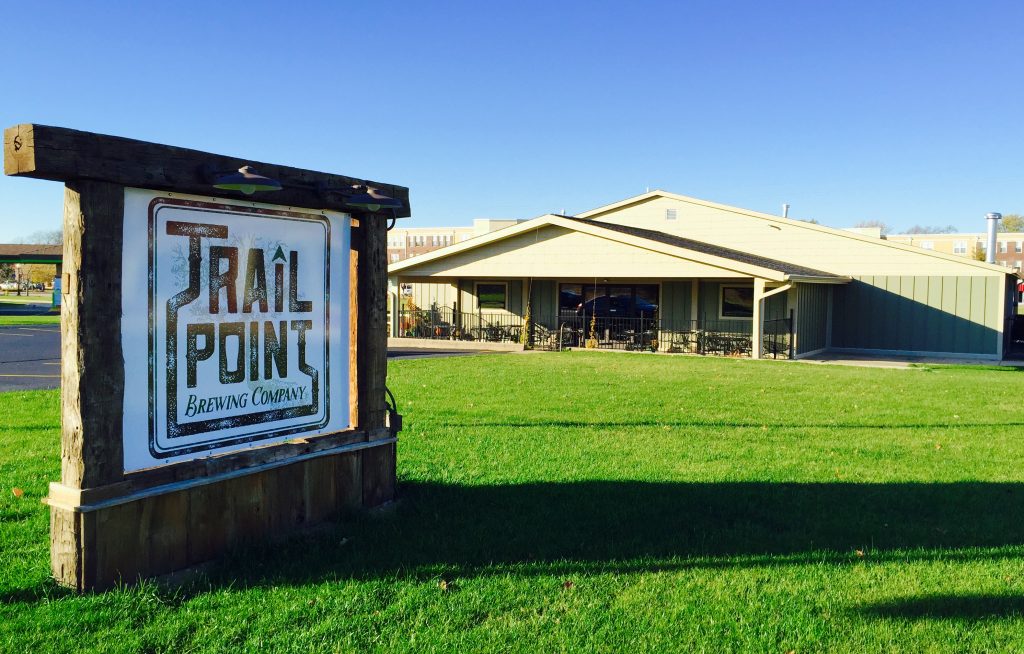 Located on Lake Michigan Drive in nearby Allendale, Trail Point Brewing Company has gained notoriety for brewing and serving delectable well-balanced beers like their Judo Hop Imperial IPA, Ale’ndale Cream Ale, and Sun Tapped American Wheat Ale. Just a short drive from Grand Haven proper, Trail Point’s taproom and biergarten in Allendale are a great place to gather with friends, grab a bite to eat from a local food truck, and sample some of their delicious beer offerings. Be sure to check out Trail Point Brewing Company’s list of new beers for this fall below or their website for a complete list of their offerings.

In the true spirit of fall, Trail Point created a pumpkin spice ale. This seasonal brew is loaded with farm-fresh roasted pumpkin, cinnamon, ginger, and clove giving it a true taste of the season. Trail Point recommends enjoying in the fleeting warmth of the autumn sun, or with friends by a campfire.

Fall beers are all about intense flavor and this coffee blonde cream ale does not disappoint. This blonde coffee ale will surprise you with an explosive aroma of coffee and will please your palate with smooth, subtly sweet hints of vanilla, caramel, and butterscotch.

While the fall temperature may have you feeling a little under the weather, Trail Point’s  blood orange wheat ale is just what the doctor ordered. This cloudy copper-colored wheat ale can quench any thirst with a big, juicy burst of blood orange followed by a tangy, tart raspberry finish. 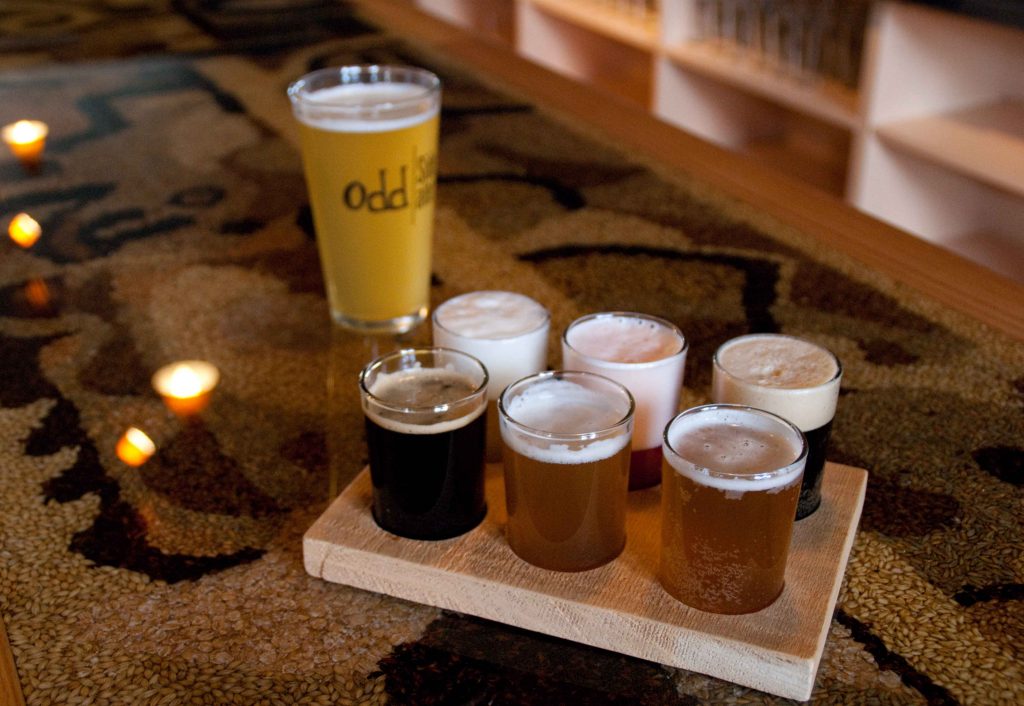 Located in an old piano factory in downtown Grand Haven, Odd Side Ales is one of the fastest growing breweries in Michigan. Since Odd Side Ales first opened its doors in March 2010, they have been striving to create a wide variety of complex and delicious beers. These unique and unusual beers like their Bean Flicker Blonde, Citra Pale Ale, and Wheatermelon will delight your taste buds and leave your palate wondering what’s next. Odd Side Ales has several fall beer offerings like their Wet Hopped Citra,Wet Hopped Mosaic, Cranberry Sour, Ocktoberfest Marzen, Infused “Farmer’s Market Special”, Fall Firkin Creation, Rye Sweet Potato Souffle Stout, Reid’s Apple Ale, many of which utilize local ingredients and produce to truly give a taste of fall in  Grand Haven. These beers and more will be available to try both at Odd Side’s taproom and at their annual OddToberFest on October 14th. Check out their website for more information on their beers and upcoming events like OddToberFest. 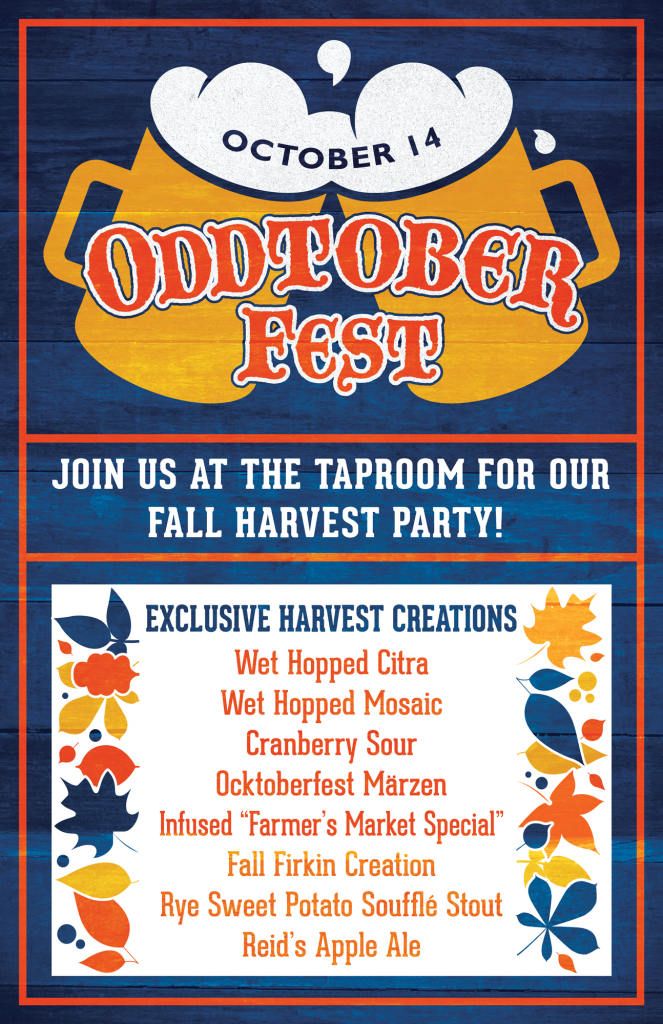 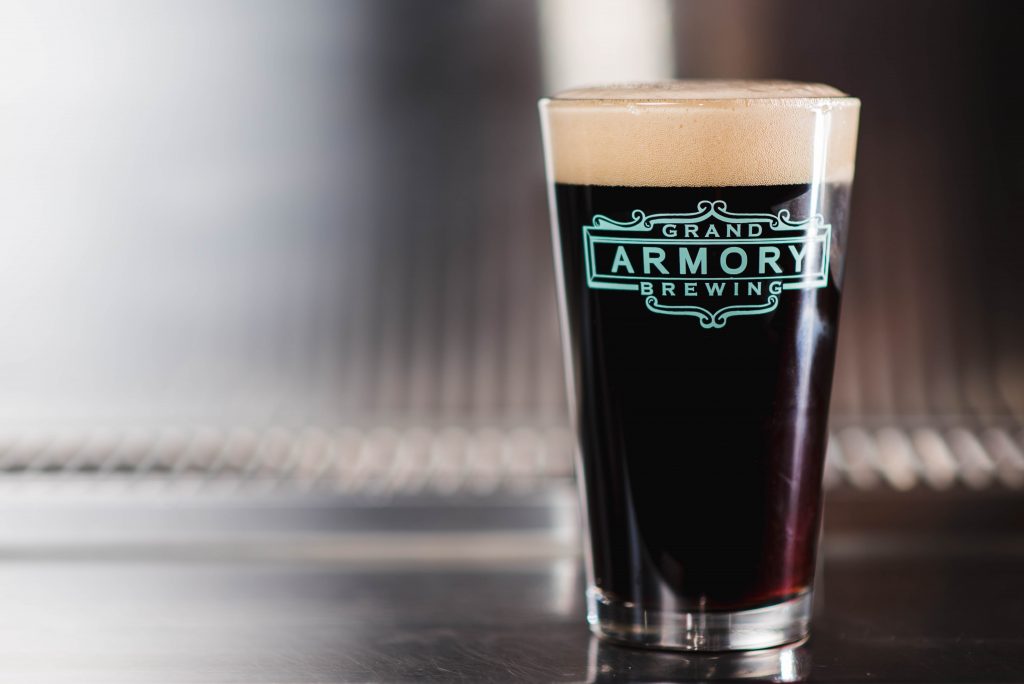 Located inside the Armory Building since 2015, Grand Armory Brewing has been brewing and serving high-quality diverse styles of beer to the Grand Haven Area from their taproom for just over two years. Just block’s from the waterfront and Lake Michigan’s scenic beaches, Grand Armory has been making a name for themselves in the Michigan craft beer scene with their signature brews like their Nutter Your Business Stout, Wheezin The Juice IPA, and Mother Schmucker’s Raspberry Ale. It’s safe to say that Grand Armory Brewing will be a Grand Haven area mainstay for years to come, they even brewed their Hoppiest Seaside Town IPA to commemorate Grand Haven being voted America’s Happiest Seaside town in 2017 by Coastal Living.  Continue reading below to find out about Grand Armory’s Fall beer selections or check out their beer catalog to see their entire repertoire.

As the name states, this brown ale is available year round. This perennial crowd-pleaser is beautifully accented with chocolate malts and hopped with EK Goldings and Columbus hops.

An imperial spin on the Year Round Brown, this big ole’ brown features a boozy nose with strong roasted coffee and cocoa notes and aromas.

This all Michigan hopped double IPA has an intense hop character and a flavor as strong as its name.

Drawing on their signature peanut butter stout, Grand Armory ramped things up a notch with intense peanut butter aromas, vanilla accents, and hints of bourbon from the barrel aging to give this beer a rich mouth feel that is perfect for the fall weather.

In one of many collaborations with their Armory Building neighbors Aldea Coffee, this bourbon-barrel aged oatmeal stout features pleasant vanilla and coffee flavors that make this a perfect cold weather beer.

Aged in bourbon barrels with maple and vanilla, this oatmeal stout tastes just like pancakes with syrup, making it ideal for warming up on a chilly fall day.

Yet another bourbon barrel aged selection from the folks at Grand Armory, this stout is a perfect combination of vanilla notes, oatmeal flavor, and hints of bourbon that harmonize to create a delicious seasonal brew.

A bourbon barrel aged variation on Grand Armory’s Double Down Brown, this big brown ale is accented with coffee and cocoa aromas, as well as oak and vanilla flavors from time spent in bourbon barrels that blend with this beer’s boozy nose and high alcohol content.

While these are just a few of the new fall beer offerings over at Grand Armory Brewing, their seasonal catalog also features some never before seen options like their Long Strange Triple IPA, Oak Barrel Aged Barley Wine, Michigan Pils, and Scotch Ale which should be hitting the taproom before we know it. 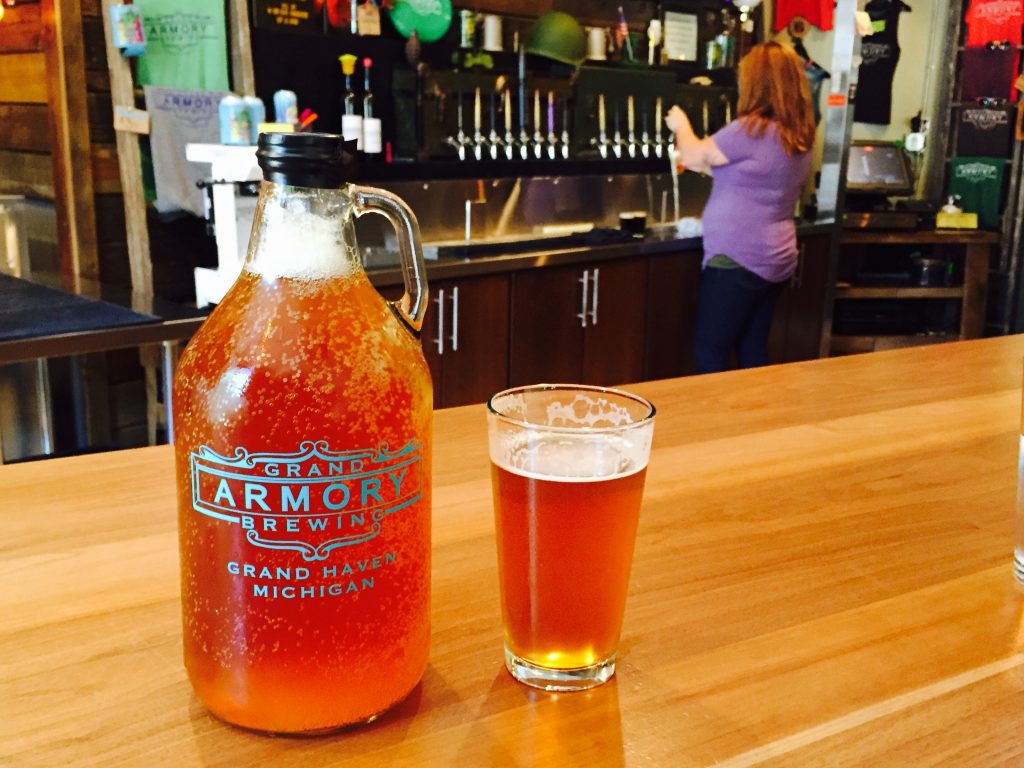 Fall is a season that brings with it a whole host of new things to enjoy and the Grand Haven Area’s craft beers are no exception. Learn more about all of the breweries in our area here!