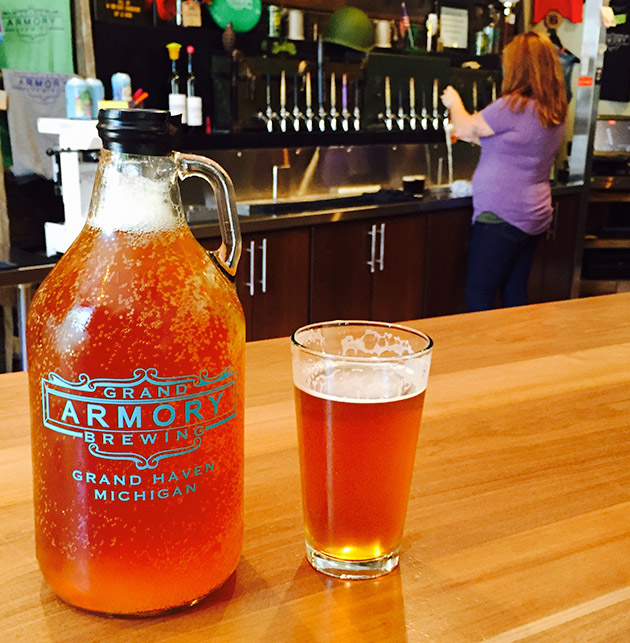 You probably have heard by now that Coastal Living named Grand Haven, Michigan the Happiest Seaside Town in America for 2017 – the first Great Lakes town ever to claim the title!

This spring, the folks over at Grand Armory Brewing reached out to us and we brainstormed on how we could collaborate with each other. Naturally, the thought of a special brew came up and the idea of the ‘Hoppiest Seaside Town Smash IPA’ was born. We were looking for a light, summertime kind of brew to go along with our beachtown vibe but left the rest of it up to the experts over at Grand Armory.

Last month, we joined their brewing team over at their off-site brew facility to witness the birth of Hoppiest Seaside Town Smash IPA. As of the end of June, you can find it on tap at Grand Armory’s tap room located in downtown Grand Haven. 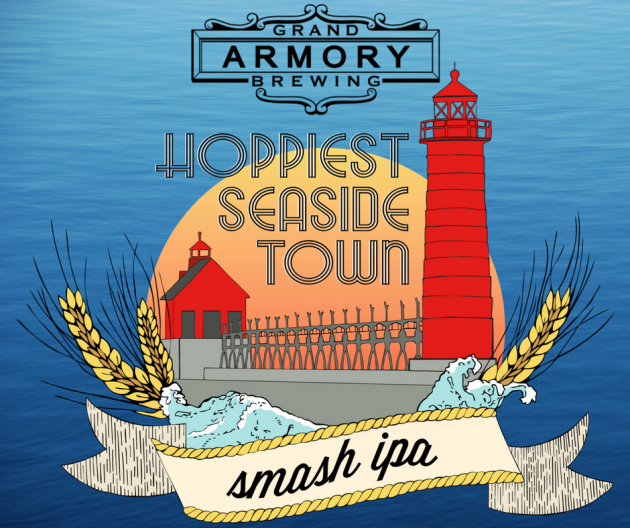 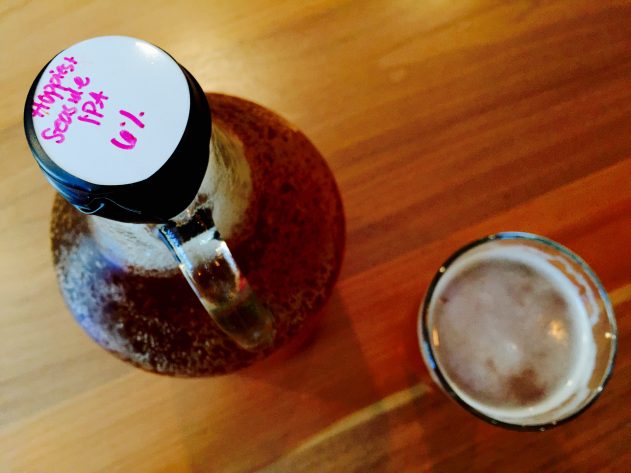 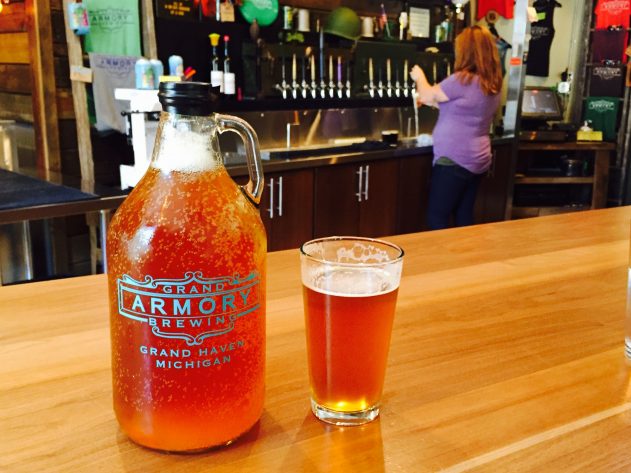 So what’s a Smash IPA? A smash beer stands for Single Malt and Single Hop. The single malt in this particular beer is Maris Otter, while the single hop is Ekuanot. The Ekuanot hops gives the beer a fruity citrus aroma and taste that helps stand alone against this single malt composition. On the other hand, Maris otter hops is a base malt that is often chosen for being sweeter than other options.  These two together make the perfect summer beer that fully represents what Grand Haven is all about.

Here is a little behind the scenes look of how the Hoppiest Seaside Town Smash IPA was brewed:

#1 – Milling
It starts with the act of milling the grains. The grains are sent through a mill to get a proper crack or crush on the grain to open the starchy inner part of the conversion process that will take place in the next step called mash. 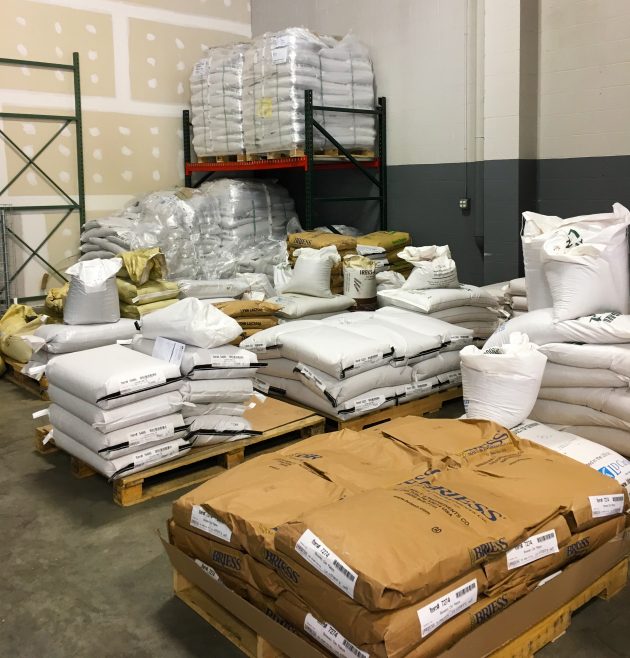 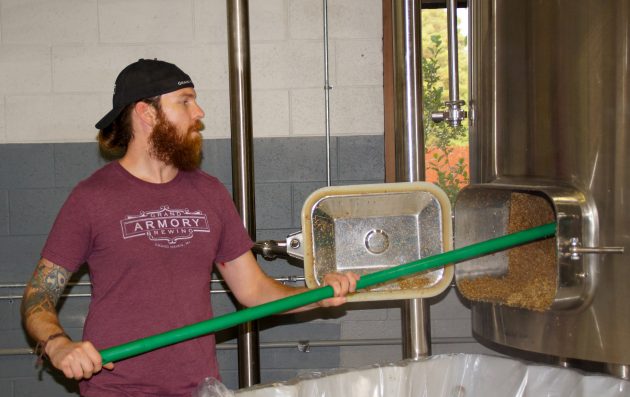 #2 – Mashing
This is where the grain is mixed with hot water to convert the starches to ferment-able sugars. Different grains requires different temperatures for conversation, so different beers will have various mash temperatures. 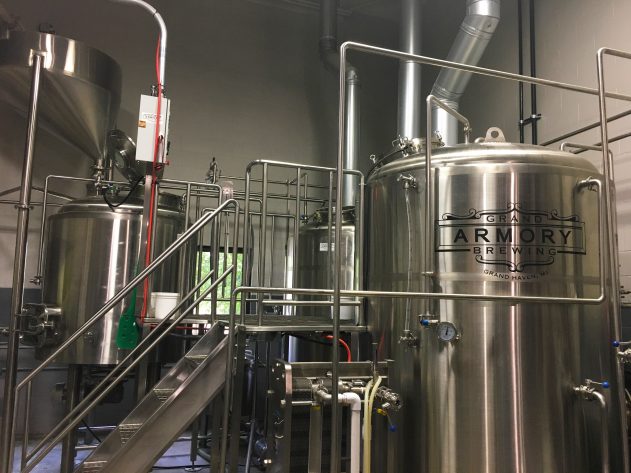 #3 – Lauter/Sparge
The process by which the grain is rinsed of all usable sugar to produce the wort that will be transferred to the kettle for boil. 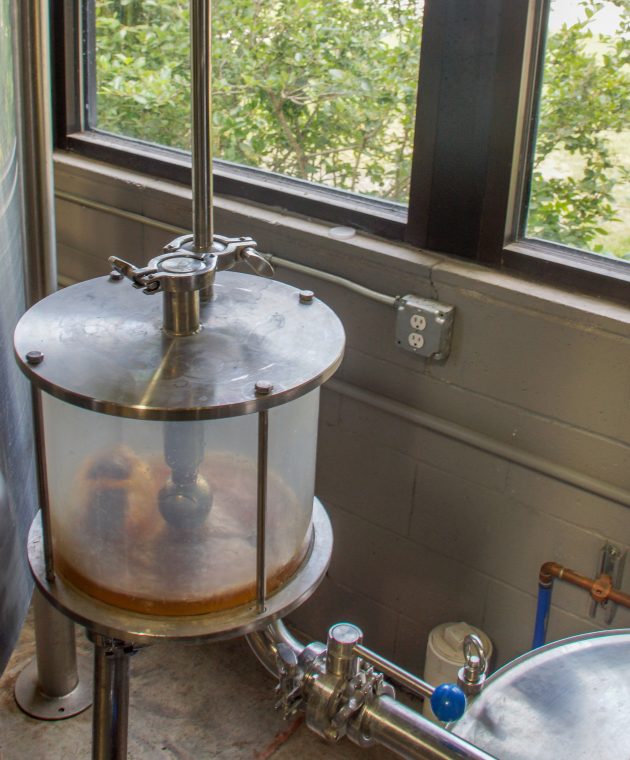 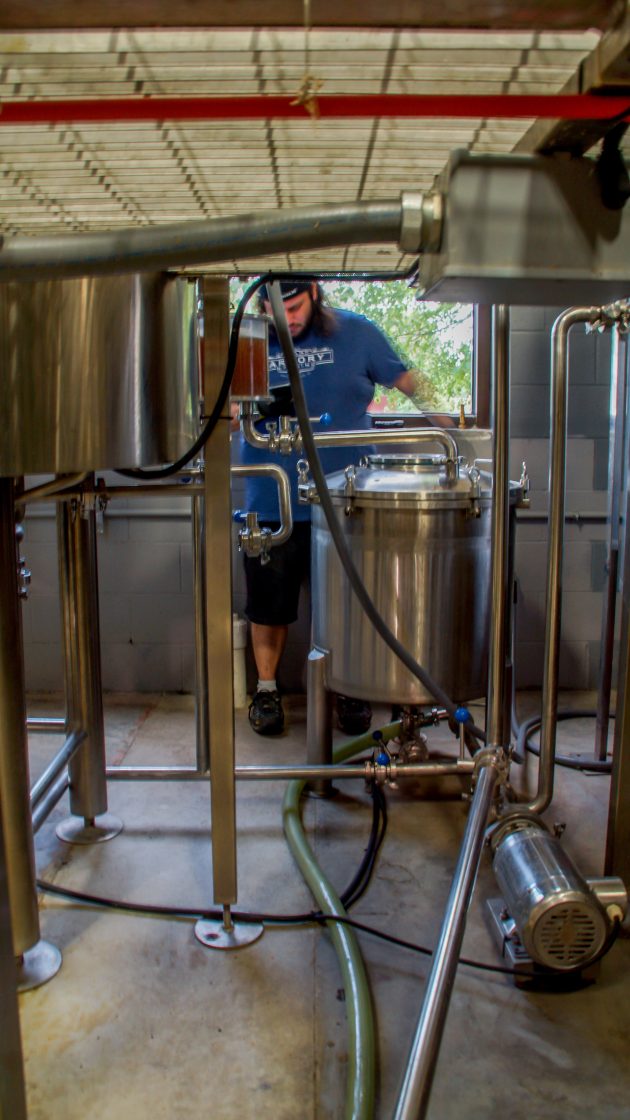 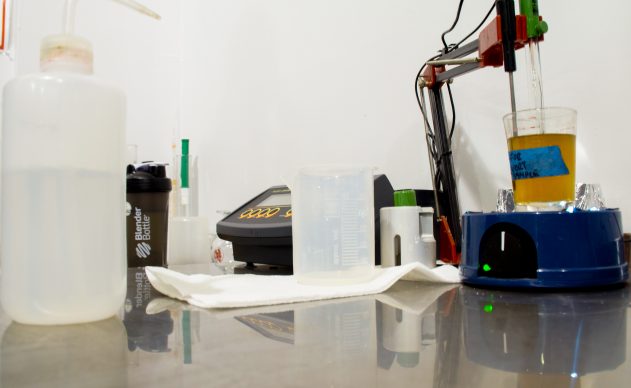 #4 – Boil
The boil serves a couple of vital roles. The first is to sanitize and sterilize the beer. The second is to let the hops or other additions breakdown and add favor and aroma to the final product. 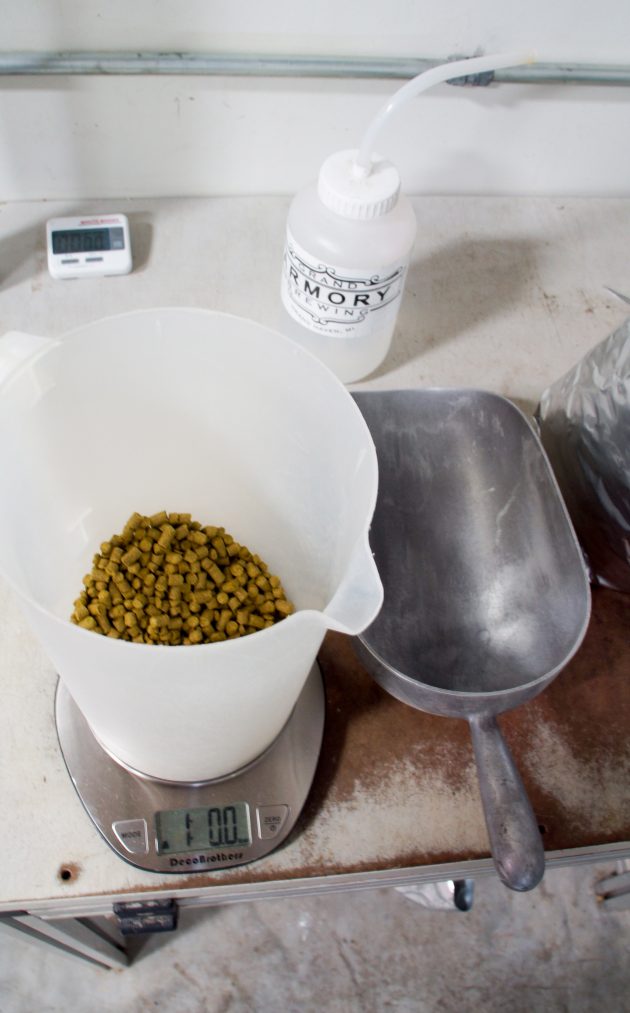 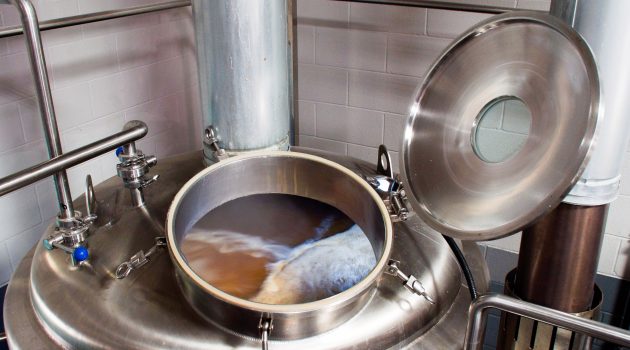 #5 – Fermentation
Once the wort is cooled, the yeast is added and they begin to eat the sugars present. They give off two by products; carbon dioxide and alcohol. There are two main types of yeast strain: ale (top fermenting) and lager (bottom fermenting) for this beer an ale strain was used. And then…you wait!

Make sure to add a stop into Grand Armory Brewing’s tap room to try the Hoppiest Seaside Town Smash IPA when you roll into the Grand Haven are this summer. It’s the perfect, summertime brew!