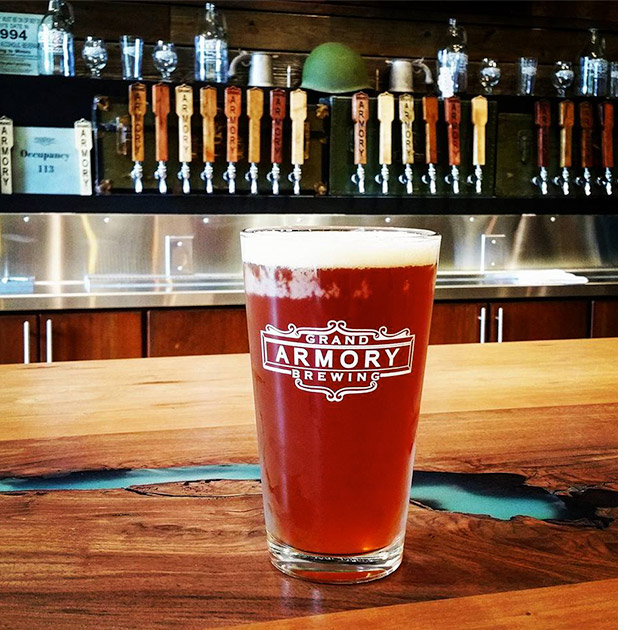 With craft beer on the rise in Michigan, we are here to introduce a few of the many unique local breweries in the area with our Grand Haven Brewery Series! We hope that through the spotlights of each brewery, you get a little taste of what the craft brewery industry in the Grand Haven area is like. Our next stop – Grand Armory Brewing!

The 110-year-old Armory building is home to Grand Armory Brewing, owned by Ben Tabor and Ryan Andrews. A shared space with three other businesses, the Armory building is full of rich history that goes back many generations, once serving as a military center and YMCA. Much like the building, Grand Armory’s beer styles are classic, historical, and honor all that is Grand Haven.

Beers
“Handcrafted, traditional and historically accurate” – all words used to describe the styles of beer Grand Armory Brewing has to offer. Attention all locals: do Dewey Hill on Fire, Hanky Pank Citra Wheat, or Beechtree Blonde Ale ring any bells? These aren’t just names of local “landmarks” in Grand Haven, but also names of a few of their beers. Localized names are important to the brewery; it adds a sense of connection for the locals coming in to drink their beer. 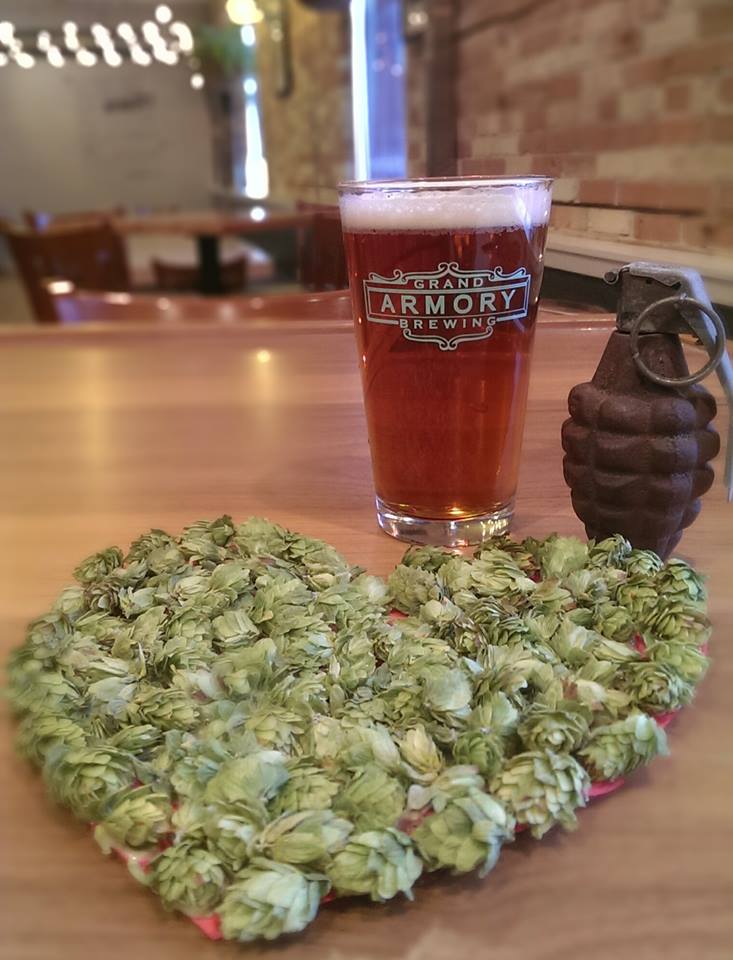 Armory Building
Featured in the Armory building alongside Grand Armory Brewing are Aldea Coffee, Righteous BBQ, and the Armory Art Center. Together, these four work together, embracing the shared space to help promote each other and to promote sustainability. The brewery uses Aldea Coffee in their Espresso Milk Stout, Righteous BBQ uses beer in a few of their meats and sauces and the Art Center hosts events such as “Brushes & Brews” upstairs in their space using beer from the brewery. It is a great collaborative idea that helps bring in that community feel to the building and it definitely shows when you walk in. 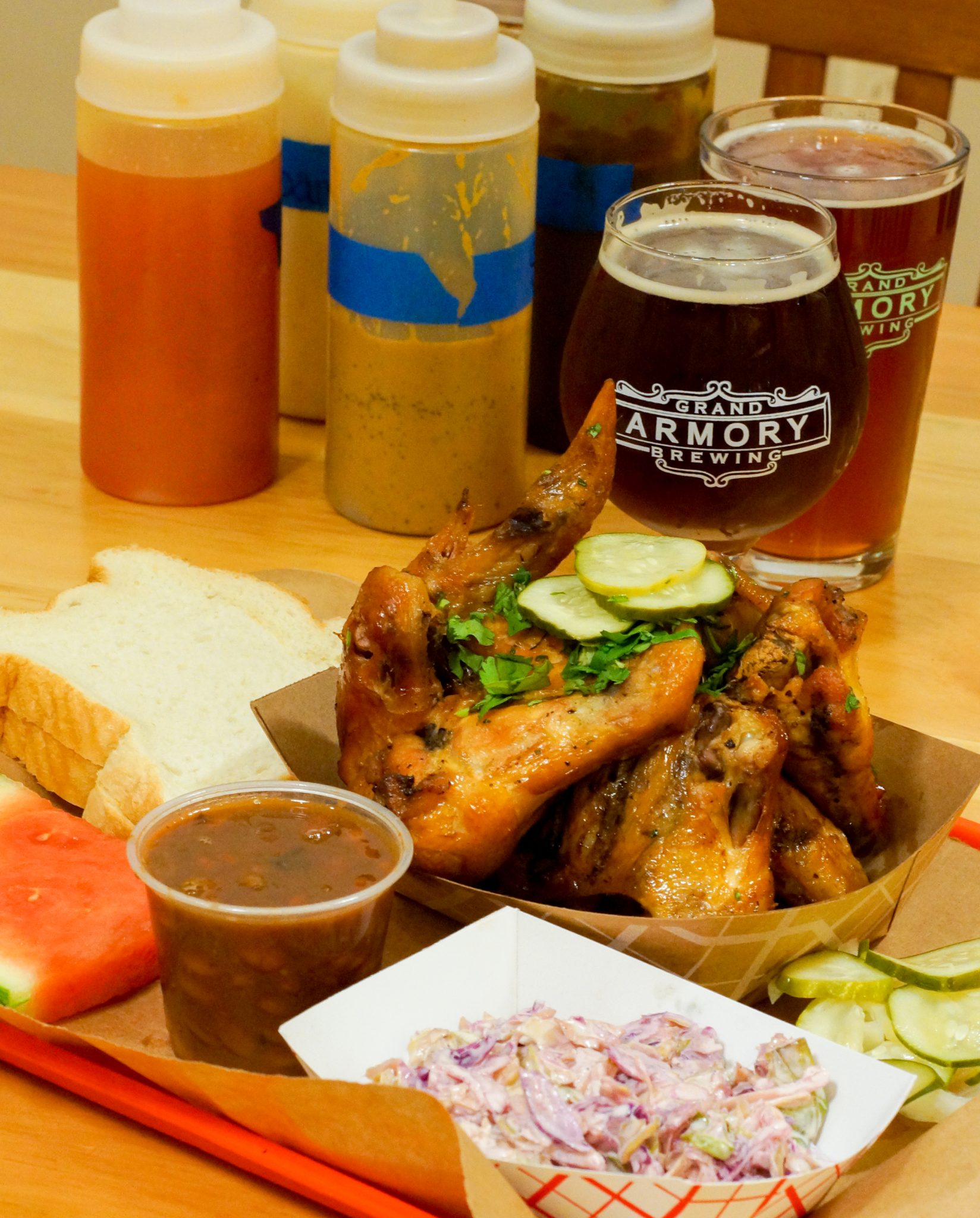 It doesn’t stop there though, Grand Armory Brewing has also paired up with Sweet Temptations for the summer months, located just down the road. Beer in ice cream? Heck yeah! Also check out their Root Beer Floats – we hear they are just what you need on a hot summer day.

Events
Live music is presented Thursday through Saturday nights every week in the tap room. Local talent from the tri-cities area is the main focus, as they want new and upcoming artists to “have a platform to start off on”. Vinyl lover? The Armory features “Vinyl Night” – a collaborative event for the community to showcase what they’ve got. A different theme is picked every time and members of the community are able to bring vinyls from their own collection that correspond with that theme – this sounds like something we should all check out.

Get creative! Learn to paint while enjoying craft beer at Brushes and Brews, put on by both Grand Armory Brewing and the Armory Art Center. Grand Armory loves to provide a platform for local artists to share their work through music, paint, and literature. There really is something for everyone, whether it is meeting local authors during their Books and Brews events, or testing your movie knowledge on Movie Trivia Nights throughout the month.

The Armory is home to some of Grand Haven’s best memories. Head out and claim your piece of history! 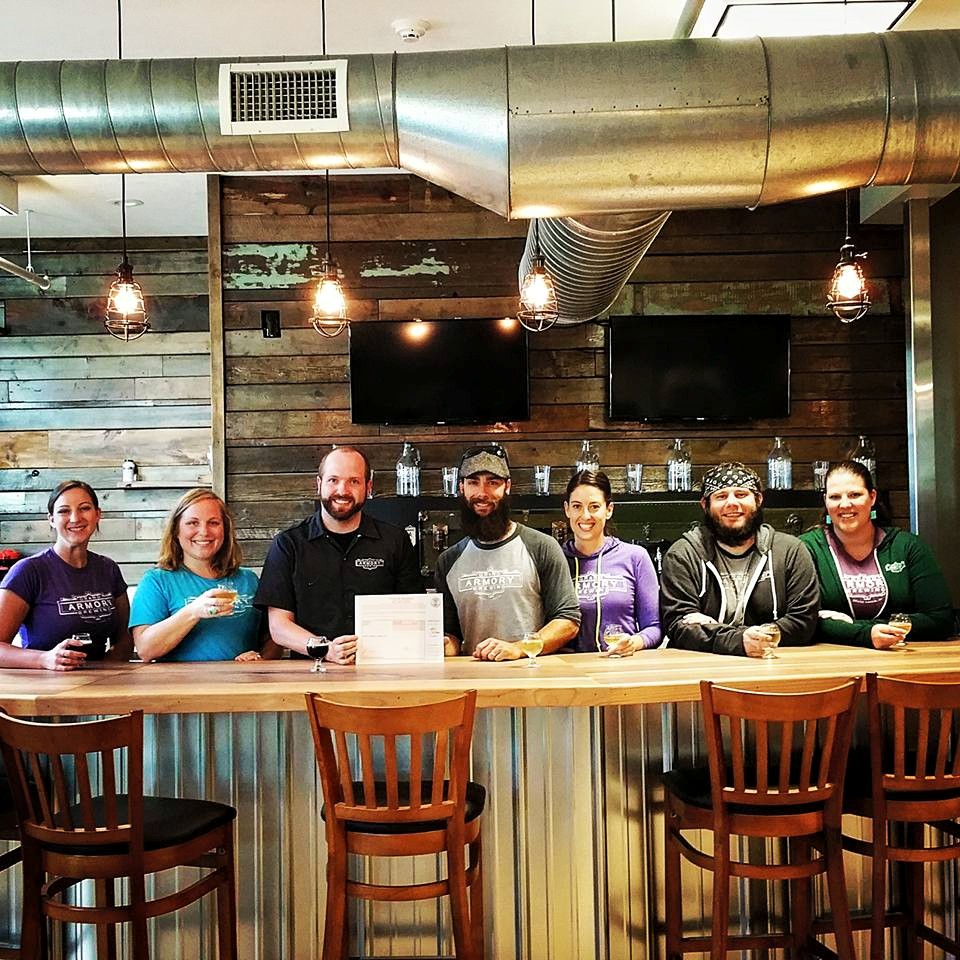 As always, we love would love to hear about your favorite places to stop by while you are in the Grand Haven area. They can be shared on any of our social media outlets, Facebook, Twitter & Instagram! Make sure to tag your photos with #visitgrandhaven!