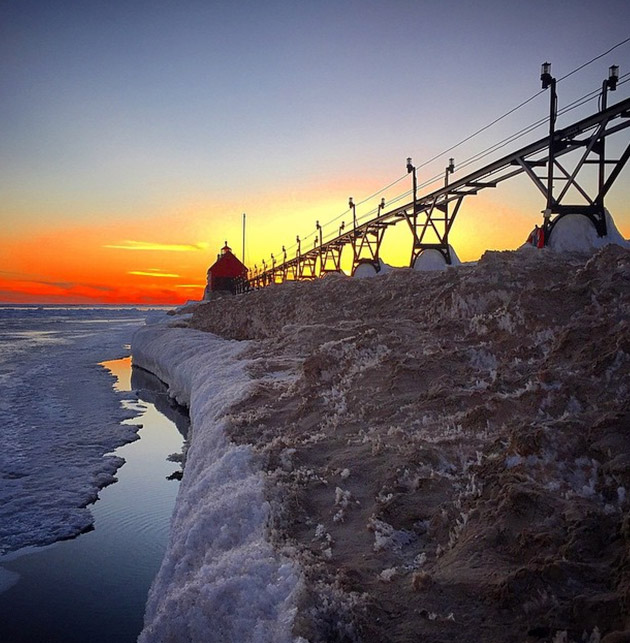 Each month our social media fans share some of the most fantastic images of the Grand Haven area on Facebook, Instagram, and Twitter – it’s hard to keep up with them all! March is an interesting month when it comes to weather in the Grand Haven area and this year was no exception. March 2015 started off with lots of snow, ice and wind chills below zero. A couple weeks in we were blessed with sunshine and temps in the 60s – surely this was the beginning of Spring. Syke! Cold temps returned and even some more snow. So as you will see in this month’s Fan Photo Roundup, March was an interesting month along Lake Michigan!

Facebook fan Michael Williams shared this frozen shot of Lake Michigan and the Grand Haven pier – Looks more like January than March. However, we’ll take that sunset glow any day! 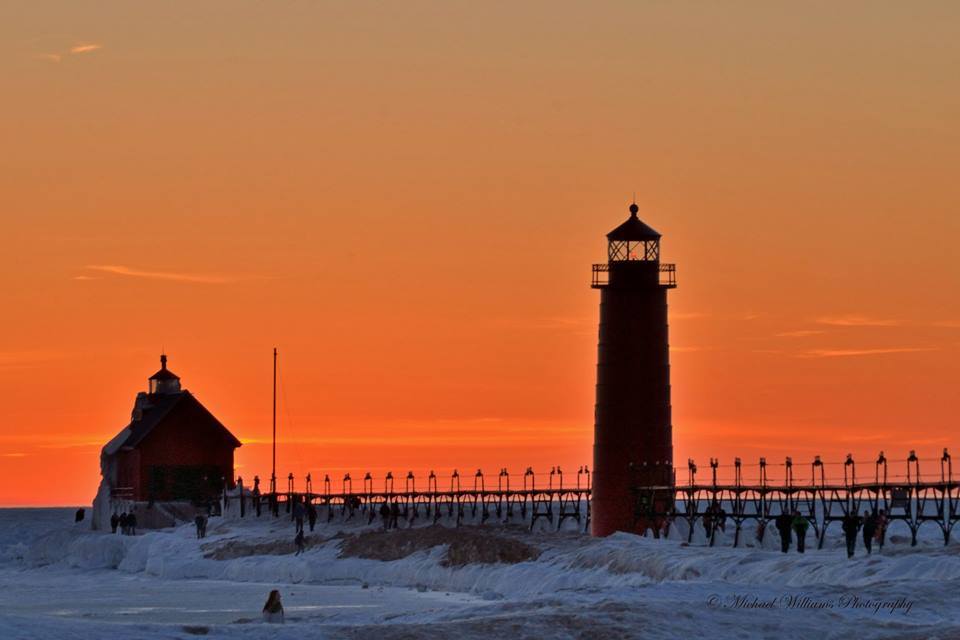 Taylor Perry captured this amazing turquoise ice stacked up along Grand Haven’s pier. It’s an interesting phenomenon that you may have seen in photos of glacial ice. It’s caused from the ice being so dense that it absorbs every other color of the spectrum except for blue – so blue is what we see. Science! 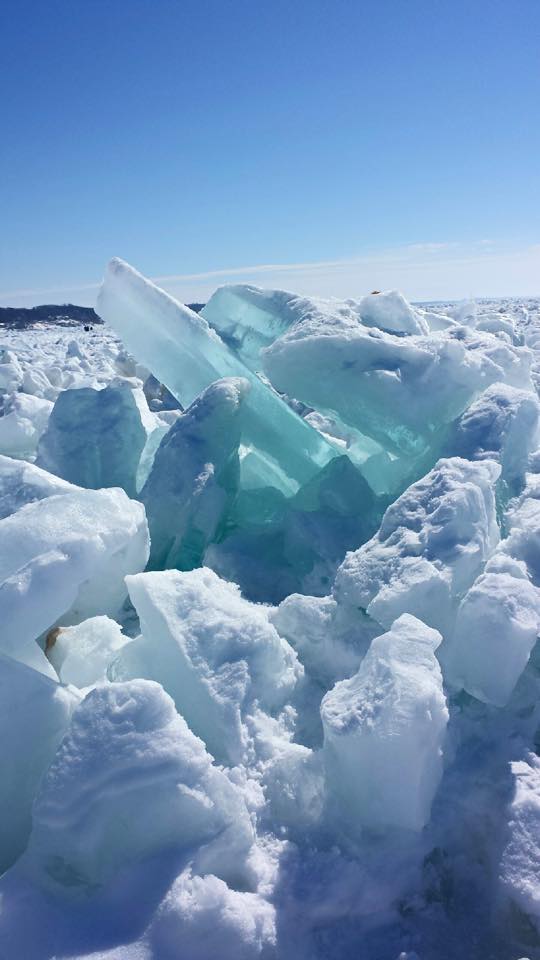 Instagramer @haydenelyset shared this beauty of the sunset from over on the North Pier. While summer may be a traditional time to catch the sunset, the Fall and Winter seasons produce some of the most stunning photos of the entire year. 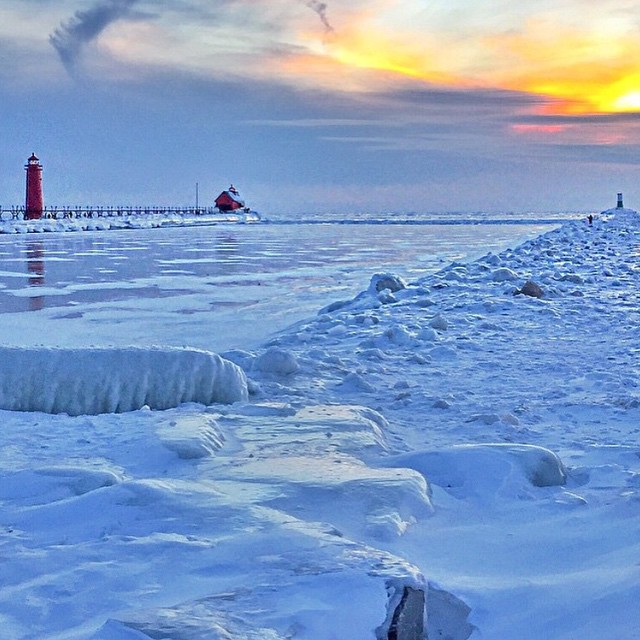 As the temps warmed up, Instagramer @alybrum captured the first signs of the red of the fog house which was encased in ice and snow since January. 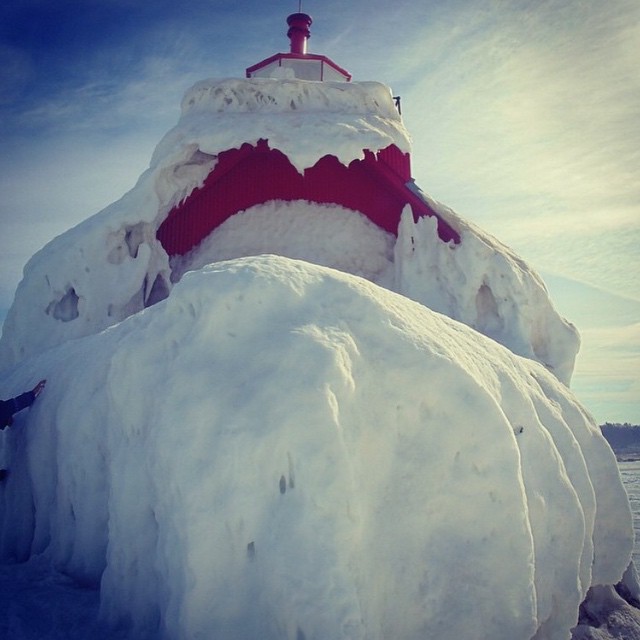 The Northern Lights were visible in the Grand Haven area which is something that rarely occurs this far south. Luckily Facebook fan Shelly Lehr Vandlen stayed up late and captured the red glow of Aurora Borealis along Lake Michigan. 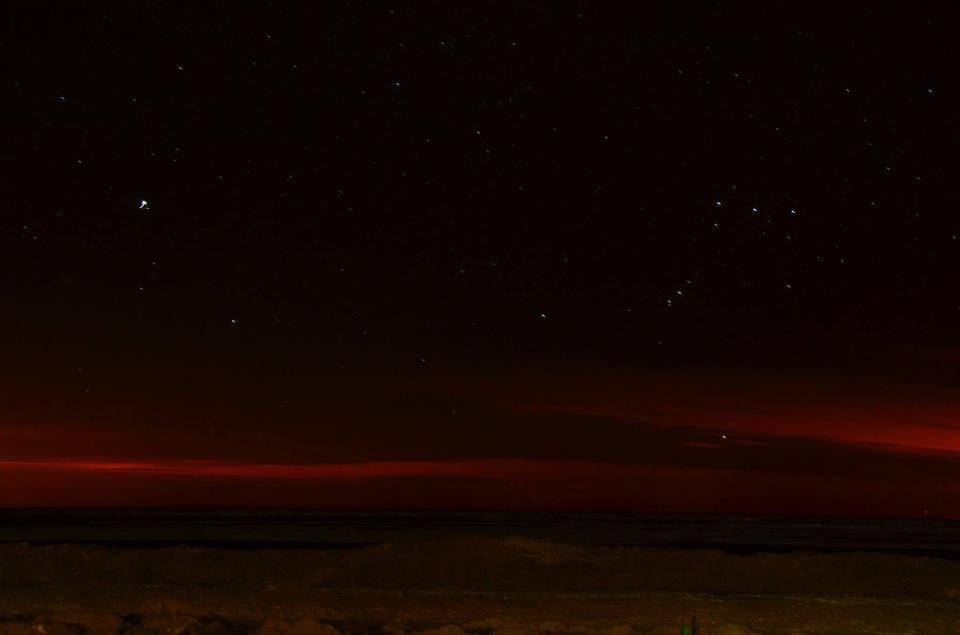 A crescent moon and Venus were bright in the sky towards the end of the month and Walter E. Elliott shared this amazing image of them above the pier and lighted catwalk. 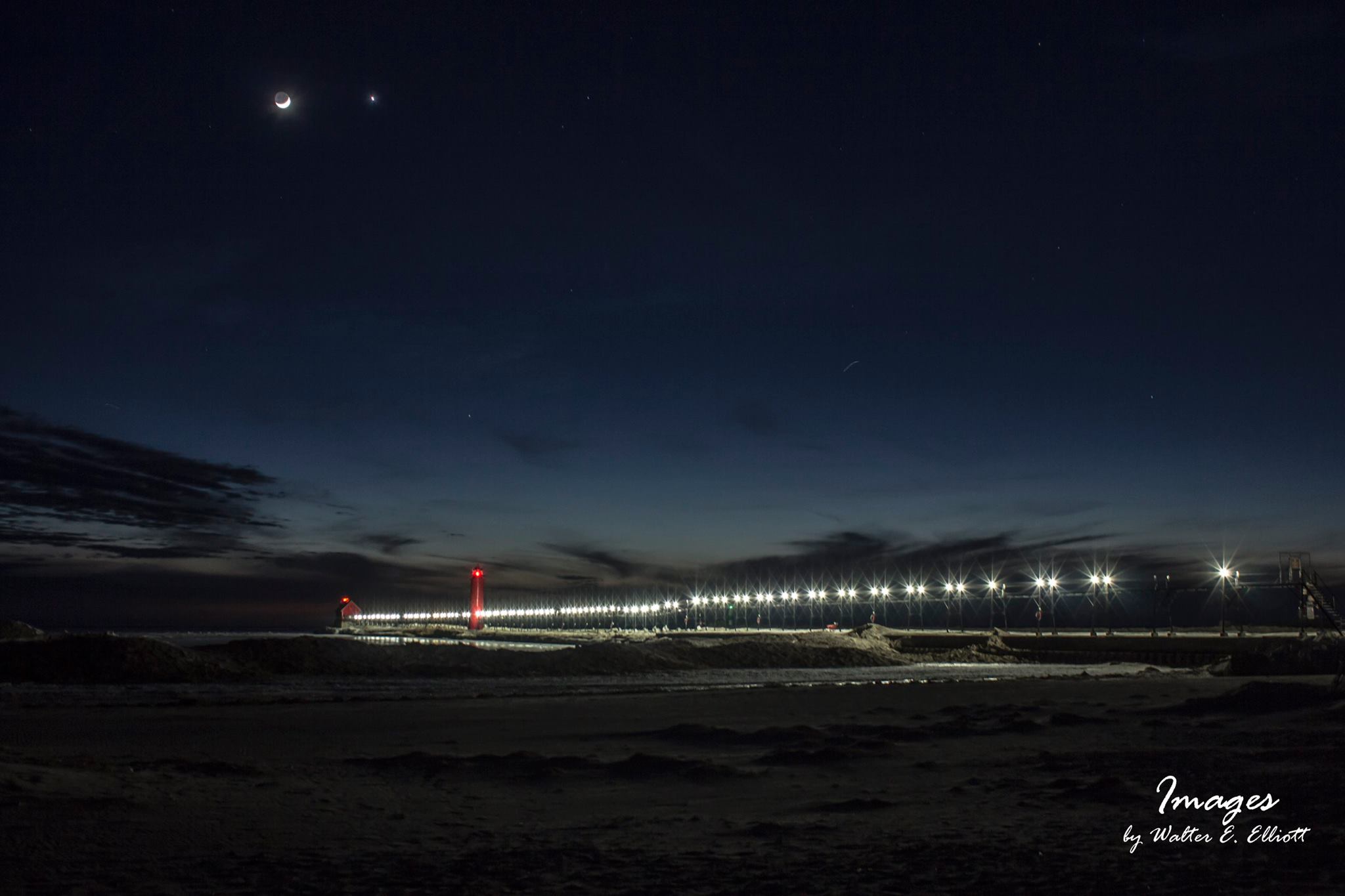 Instagramer @danielcbenj shared this scene of the ice melting along the Grand Haven Pier with a tangerine sunset background. Stunning. 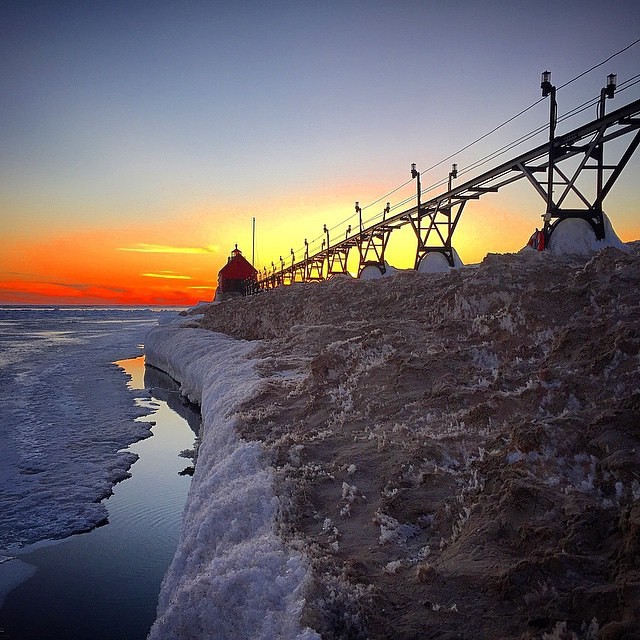 Instagramer @usaincolt_ captured the crescent moon along with Venus as well. However, they also showed much of the ice and snow had melted by picturing the open water of the Grand River. 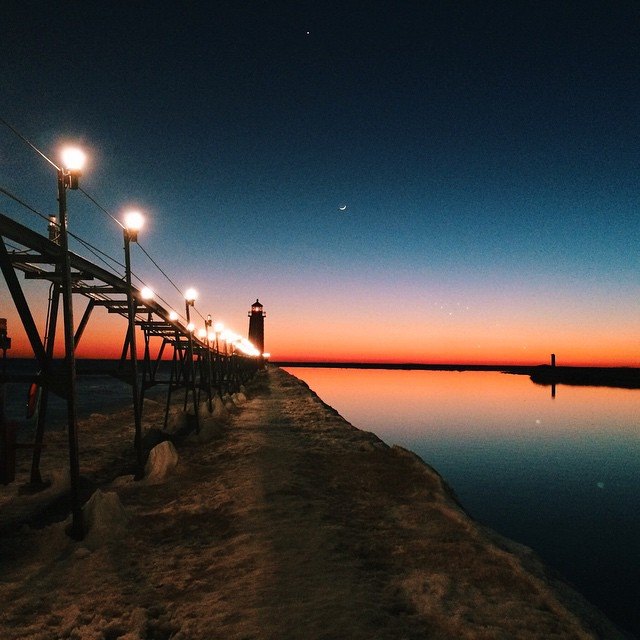 At the end of the month, our Facebook fan Phil Vanderlaan‎ was out at Grand Haven State Park when he photographed this scene. It looks like a wall of clouds is moving towards shore over Lake Michigan.

Now while the last entry on our list is a video, it’s so incredible that we just had to include it. Facebook fan April Chernoby from the West Michigan Speed Skating Club took advantage of the smooth-as-glass ice along Grand Haven State Park at the beginning of March and used her speed skating skills for a once in a lifetime experience – ice skating on Lake Michigan! Watch the video below and read about her experience on Mlive.com here.