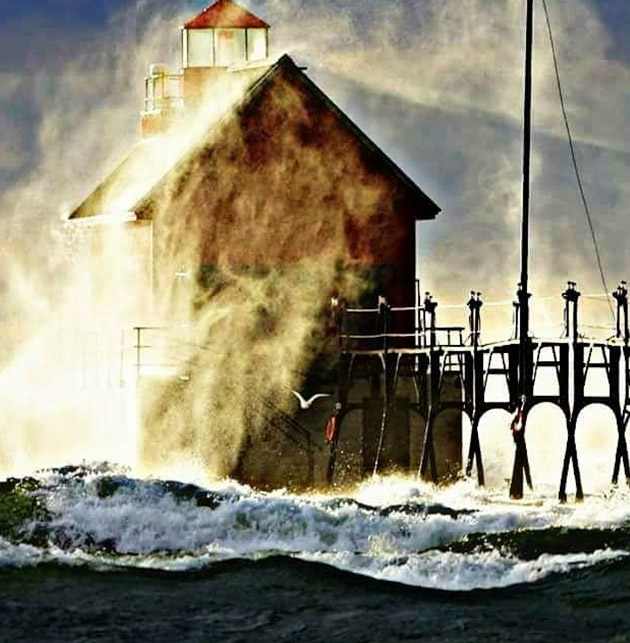 This is the tenth feature in our blog series where we ask local photographers to share their 5 favorite photos of the Grand Haven area. This week we are pleased to feature photographer Beau Swanson!

Beau Swanson is a local amateur photographer here in Grand Haven. Born in Grand Rapids in 1983, Beau grew up and spent most of his life in West Michigan. The Grand Haven Area has been near and dear to his heart since childhood and he has fond memories of family excursions to the beach and chasing girls as a teenager with his friends during the Grand Haven Coast Guard Festival. Nowadays Grand Haven is still Beau’s favorite place in the whole world – his happy place. He is a 100% self-taught photographer and has never taken any photography classes or workshops. Currently, Beau works a traveling construction job that keeps him on the road for the majority of the year, but every time he is home he finds his way out to Grand Haven to take pictures, relax, and soak in the beauty. Beau’s dream is to eventually transition to doing photography full-time working either independently or for a publication like National Geographic.

#1 -Fire in the Sky
This picture was taken in the late summer of 2016 at the North Pier. I remember almost not making it out there in time. Rushing and fumbling my equipment, by the time I got out on the pier the sun had already set but the residual colors reflecting off the clouds were breathtaking. I think I was only out there 15 mins before dark, but the results were well worth it. 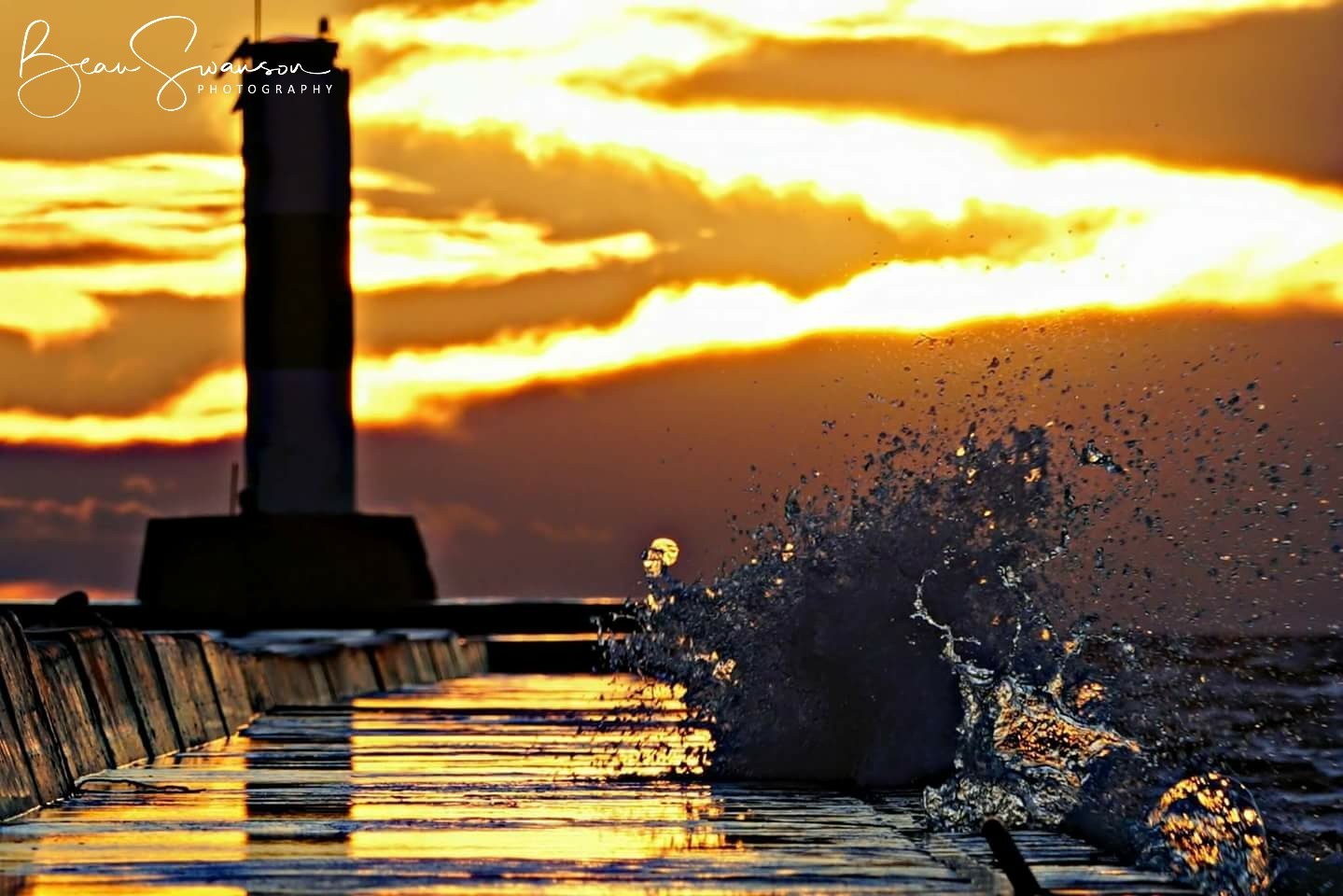 #2 – Golden Slumbers
This picture was taken in the summer of 2013, and it was one of the first times I went to Grand Haven with a real camera. The waves were crashing over the pier and it covered the concrete with a puddle that acted as mirror and reflected the amazing golden hue that filled the sky. It was on this day that I knew I wanted to take pictures for a living. This is still my favorite picture taken in Grand Haven to this day. 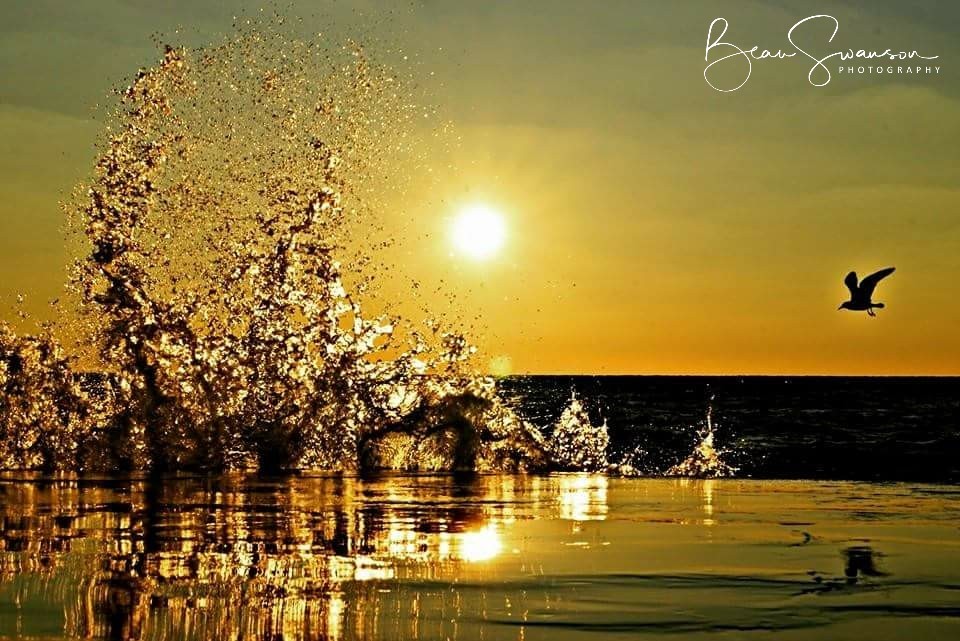 #3 – Shades of Pink
This picture was just taken in late August 2017. It was one of those days where I found myself almost alone out on North Pier. The sunset seemed like it was going to be uneventful and I had almost packed up for the night when these low clouds decided to come into play. The colors that night were unforgettable. It was one of those times when perseverance payed off. 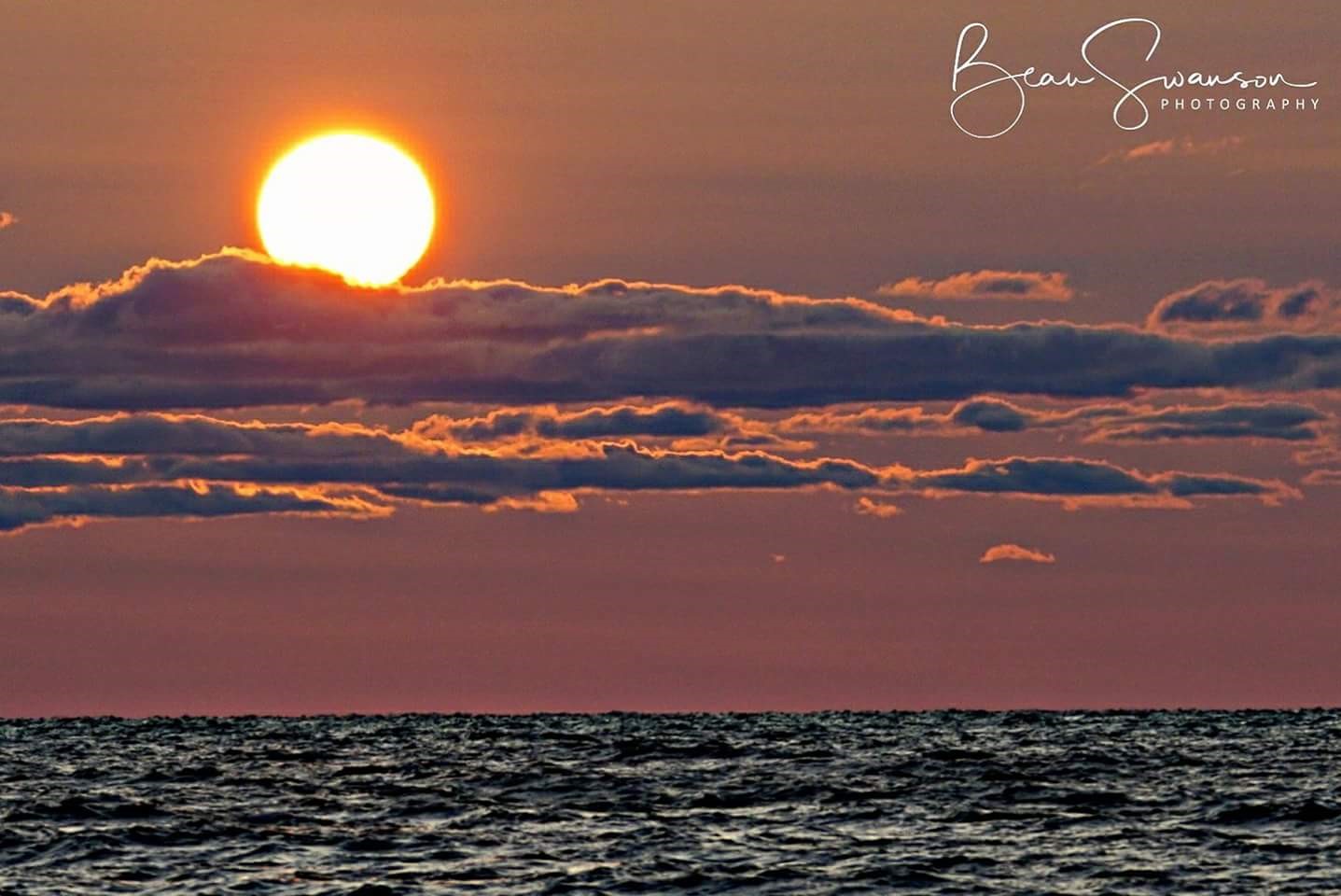 #4 – Eye of the Storm
This picture was taken in the summer of 2015. A big storm had just rolled through and I was sitting in my car about to leave without taking a single picture. Then there was a sudden break in the rain. The waves were crashing and the sun was setting creating this mist that settled over the pier. I even managed to catch one of the seagulls that were in a constant game of trying to land without getting wet. 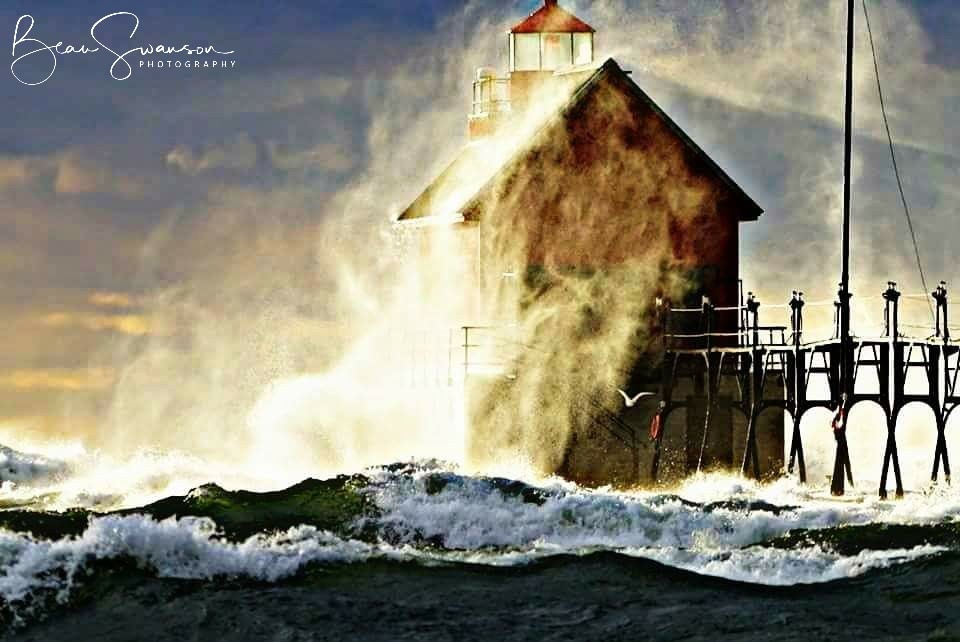 #5 – Frozen Memories
This picture was taken in the winter of 2014 on the Grand Haven South pier. I remember it being extra cold and wet in the weeks prior to taking this picture which made the conditions on the pier treacherous. Right before I was about to wrap up for the day the snow started falling and it created this unforgettable moment. 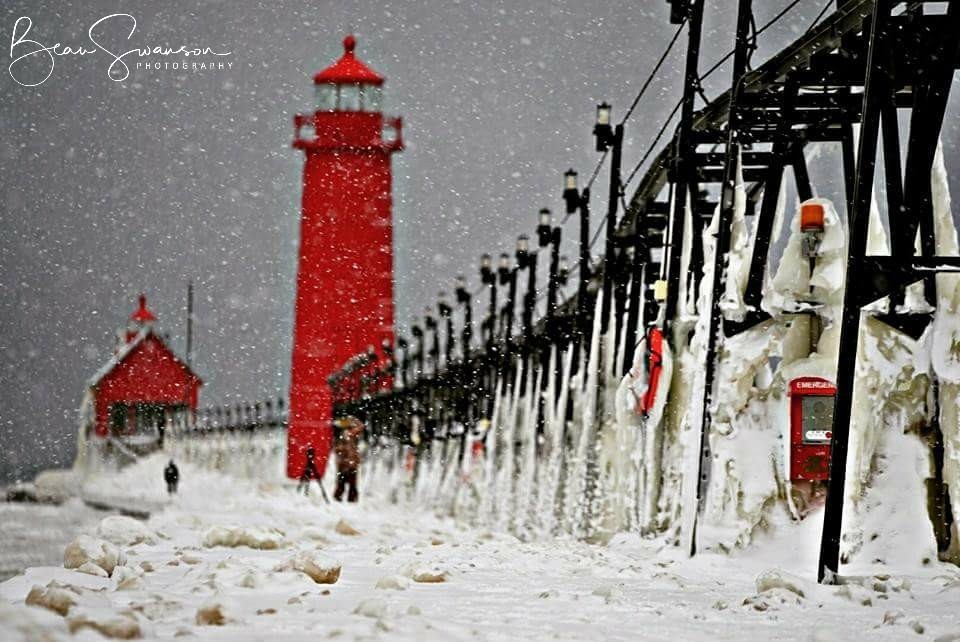 Be sure to follow Beau Swanson on Facebook to see more of his photos from the Grand Haven area and beyond!

Are you a photographer that loves to capture images of the Grand Haven area and are interested in being  a part of this series? Email Stefanie Herder at sherder@visitgrandhaven.com for the details!