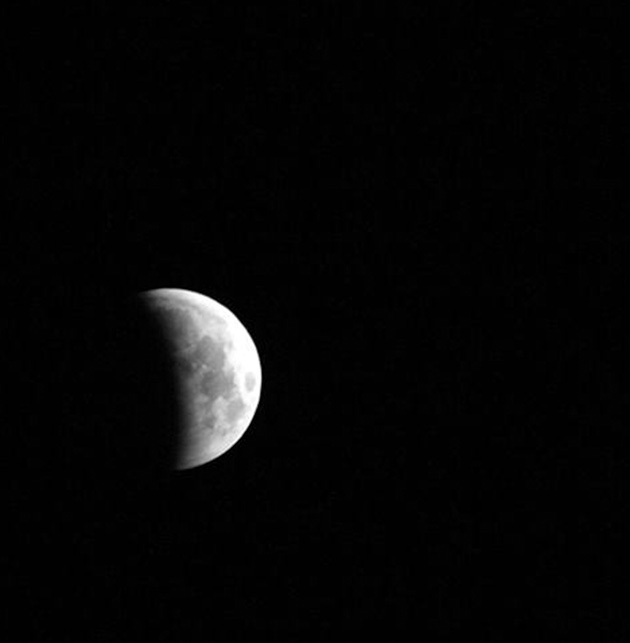 Grand Haven State Park was the perfect place to capture the Lunar Eclipse on Saturday, April 4th. There were so many photos shared with us that it was hard to pick just one favorite – we loved them all! Here is a roundup of Lunar Eclipse photos taken by our talented fans – enjoy!

The eclipse began with a glowing moon in the early morning sky over the Grand Haven channel. Images by Walter E. Elliott captured this shot from the North Side of the pier. 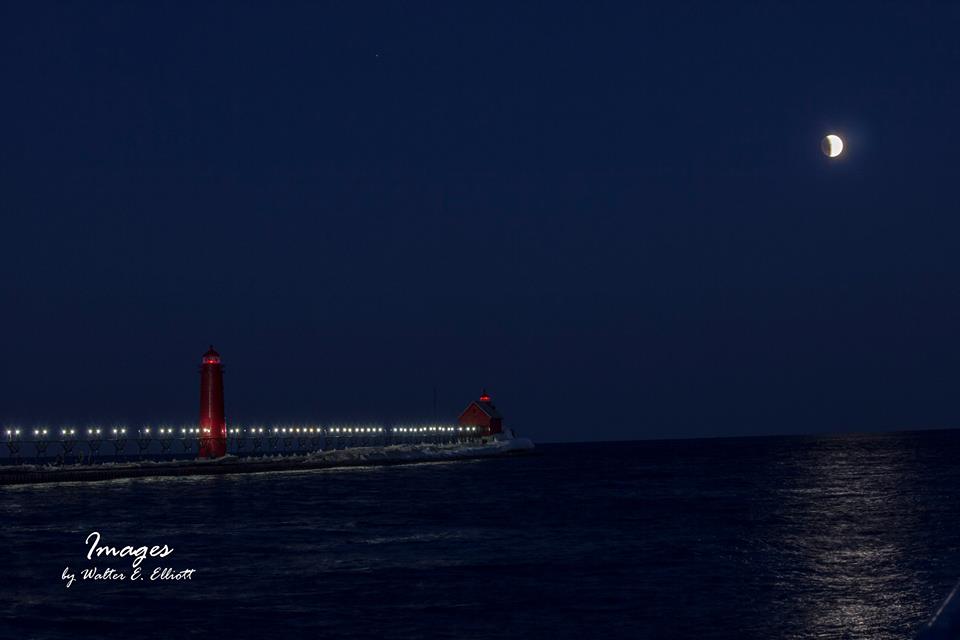 Here is an up-close view of the eclipse – love the silver color of the moon. Photo taken by Todd Maertz. 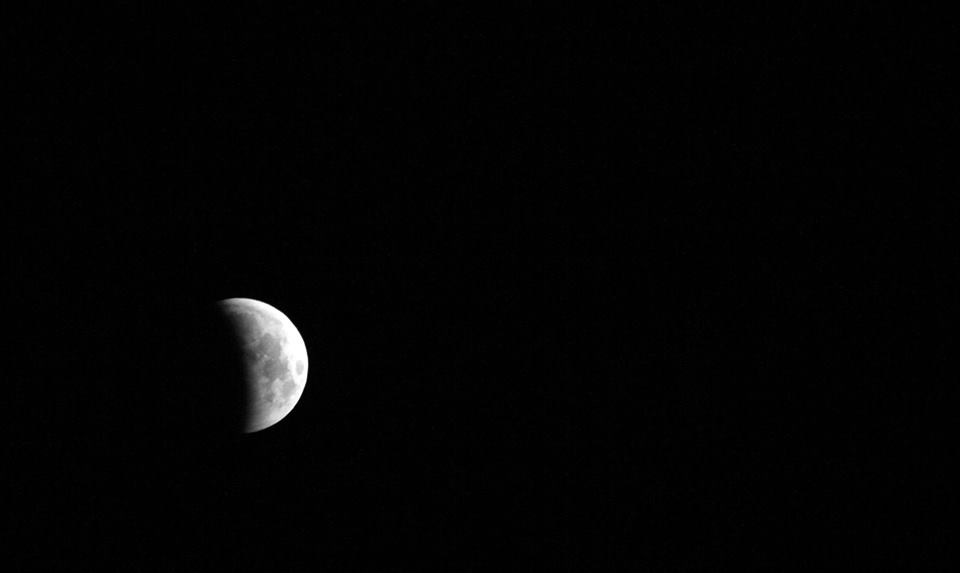 Even the seagulls came out to watch the eclipse in this scene captured at Grand Haven State Park. Taken by Facebook fan Michelle Donk. 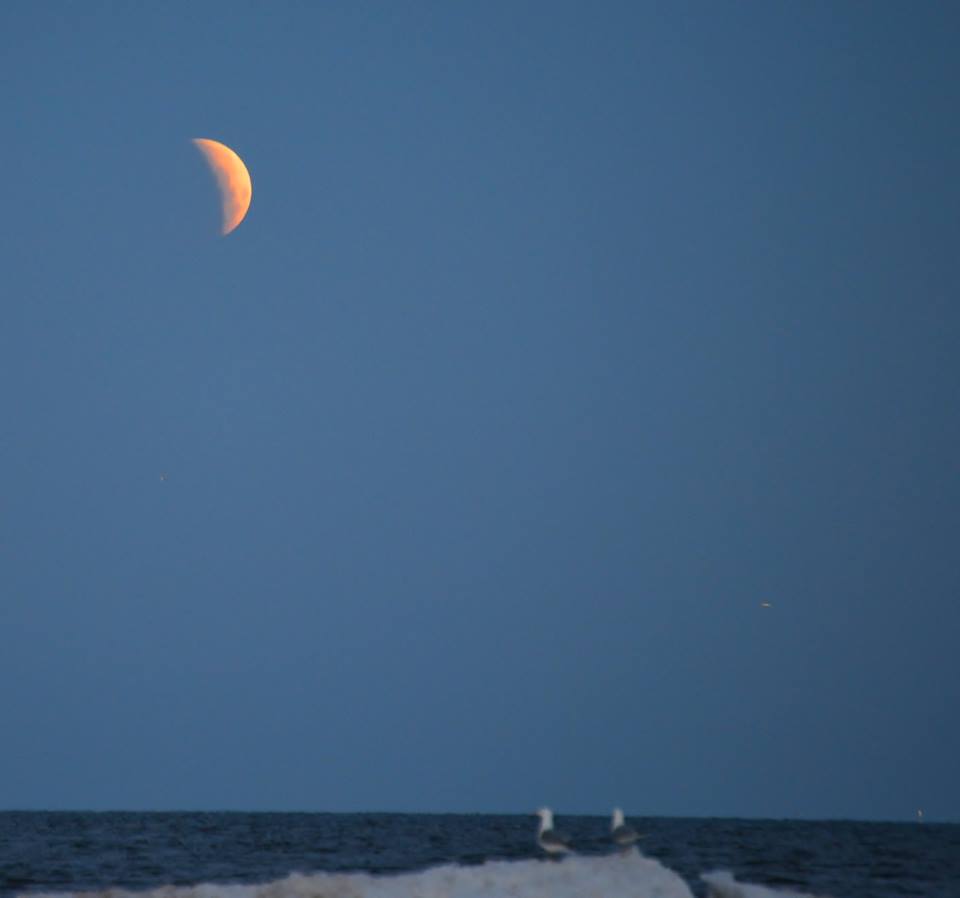 Todd Maertz got a shot of the last sliver of the moon over Grand Haven State Park – just as the sun began to rise. 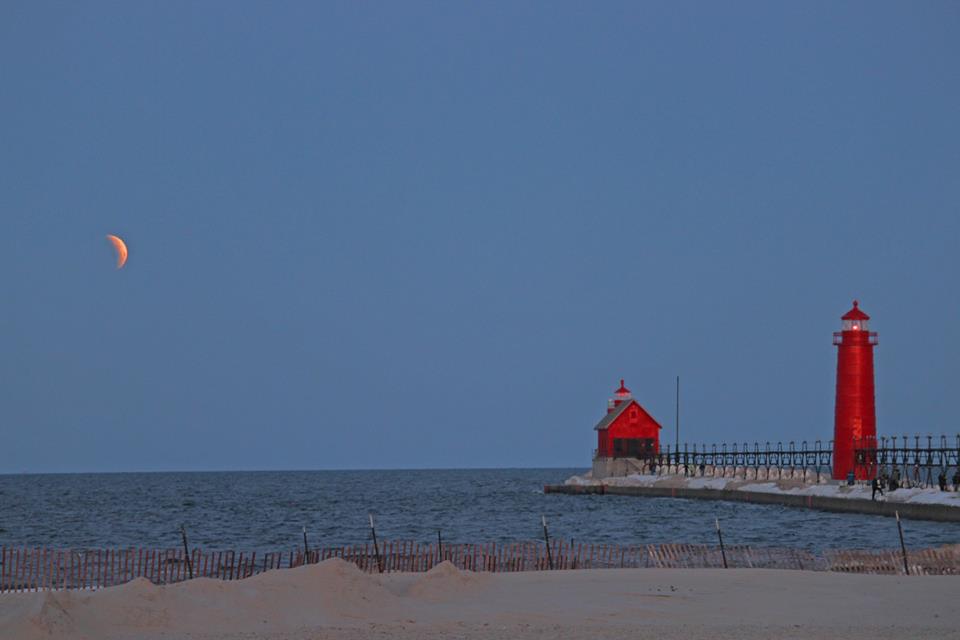 This scene was captured by James M. Leach from the North side of the Pier. We love how bright the moon looks over the dark blue sky! 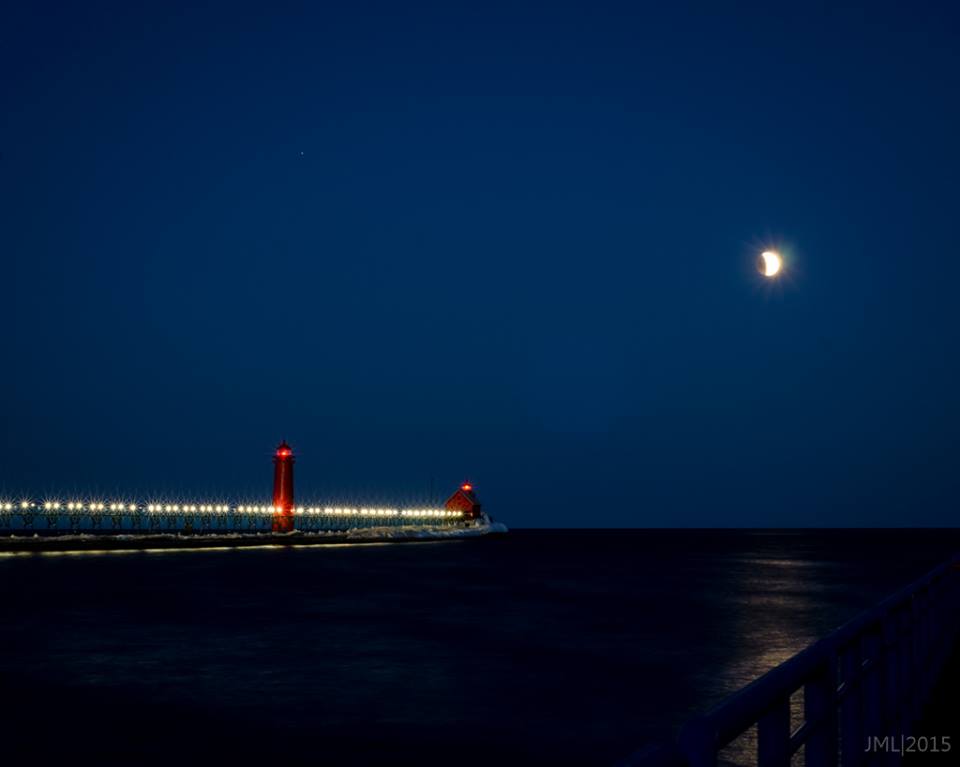 As the sun began to rise, a red hue became visible in the late stages of the eclipse. Taken by Facebook fan Sherry Idsinga. 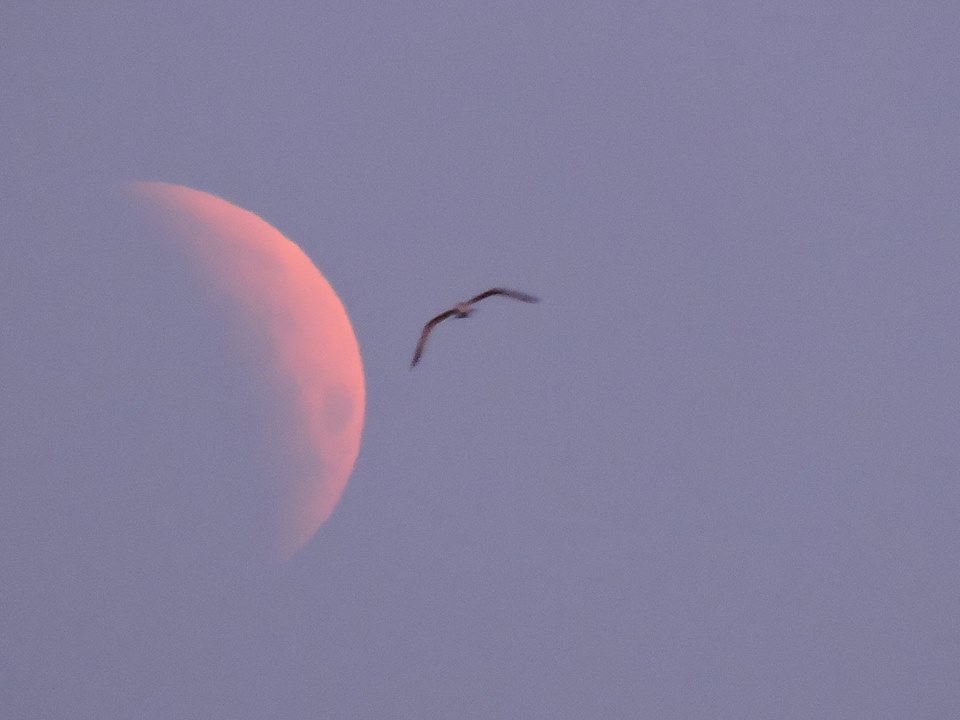 Love this scene of the glowing moon in the pale blue sky! Another great shot by Todd Maertz at Grand Haven State Park. 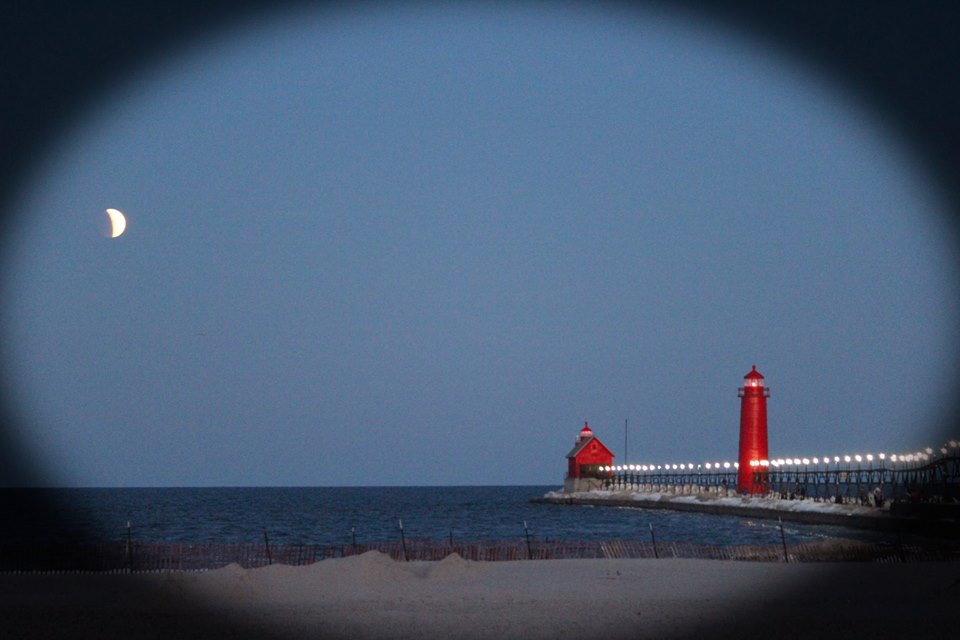 Another great photo taken from the North side of the pier. This picture was taken by Little Ways Photography. 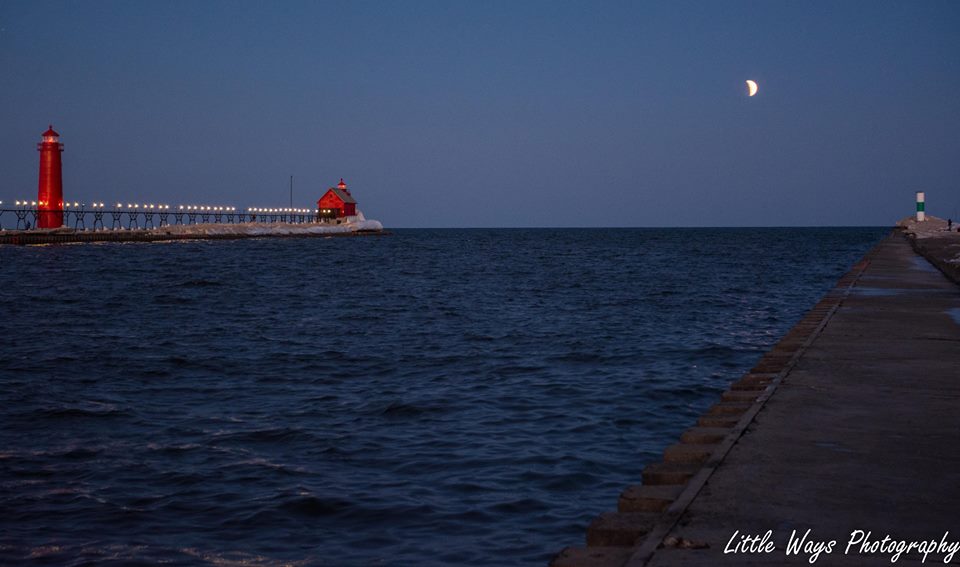 Michael Williams captured this crescent moon over Grand Haven State Park in the last stages of the eclipse. 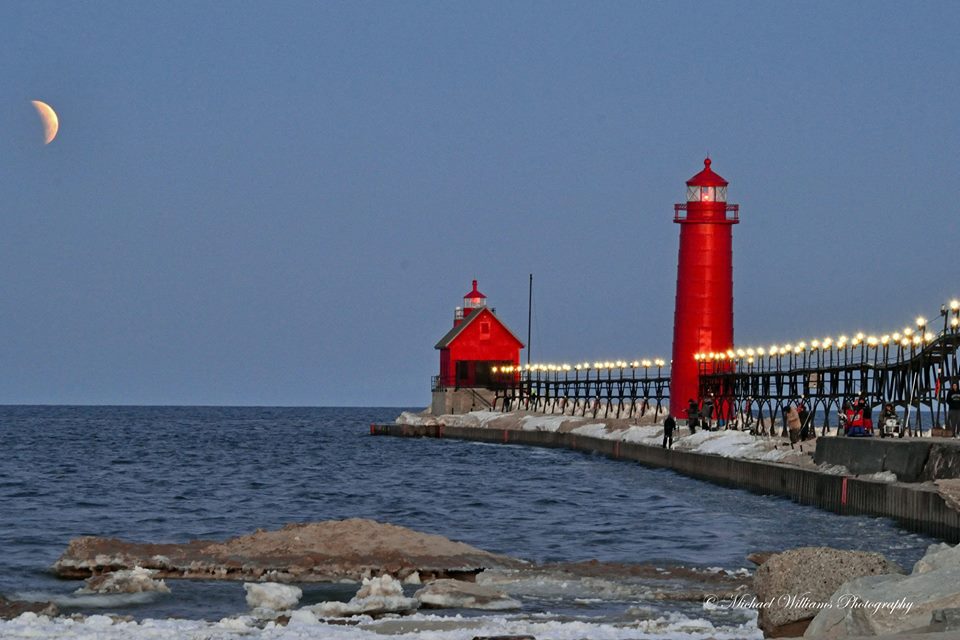 Another up-close photo of the eclipse over Lake Michigan. Taken by Images by Walter E. Elliott. 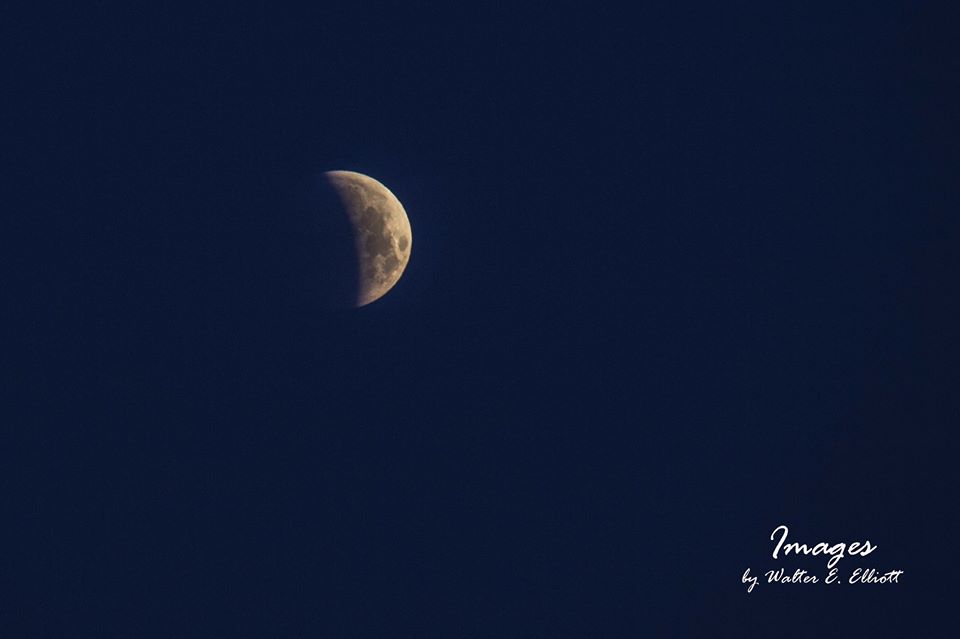