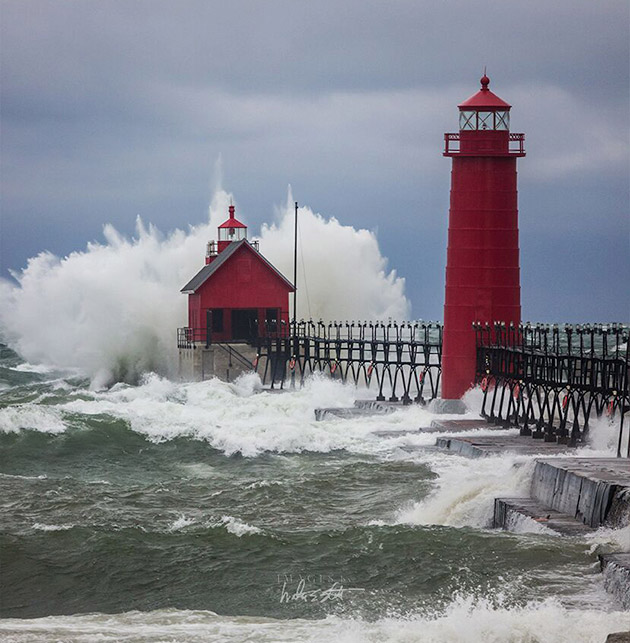 This is the fifth feature in our blog series where we ask local photographers to share with us their 5 favorite photos of the Grand Haven area. This week we are pleased to feature photographer Walter Elliott.

Walter Elliott is a photographer from Grand Haven. He enjoys sharing the beauty of Michigan and the Great Lakes through his experiences and adventures.

Here are Walter Elliott’s Top 5 Photos he has taken in the Grand Haven area and why!

# 1 April Showers
One of the first thunderstorms of 2015 was very powerful. Because of the rain, I was shooting from my van with the side door open and my tripod and camera were still getting wet. Thankfully, I was able to get was able to get a parking spot with a good angle. To this day it is still the best strike I have ever recorded. 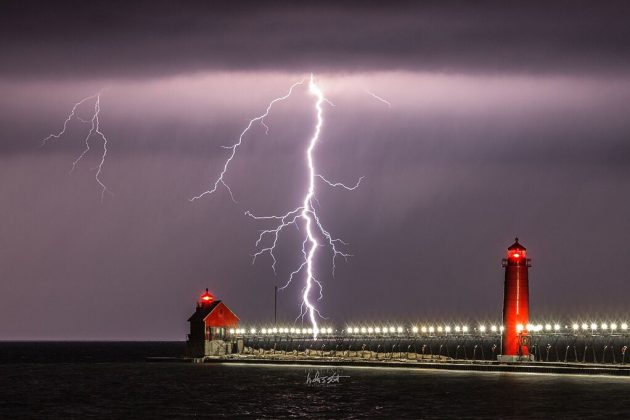 # 2 Grand Finale
The end of 2014 did not disappoint! The sunset from New Year’s Eve was an incredible sight, and I was fortunate to be able to witness it. 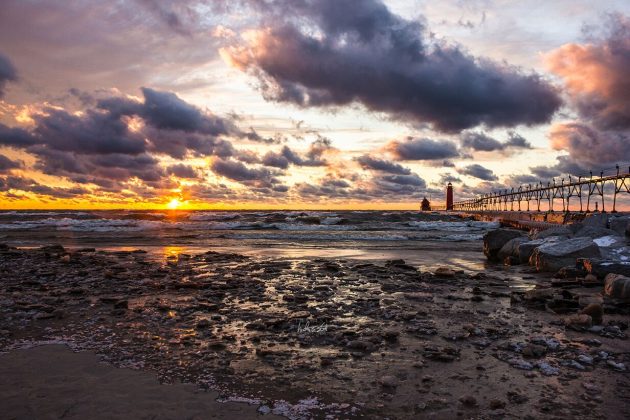 #3 Ice Monster
The wind and waves during the cold months of winter create some incredibly beautiful sculptures along the Grand Haven Pier. Shot from this angle in January of 2016, the catwalk mimicked an ice monster as I imagined it would look like as it rose from the depths of the cold lake and trudged down the pier. 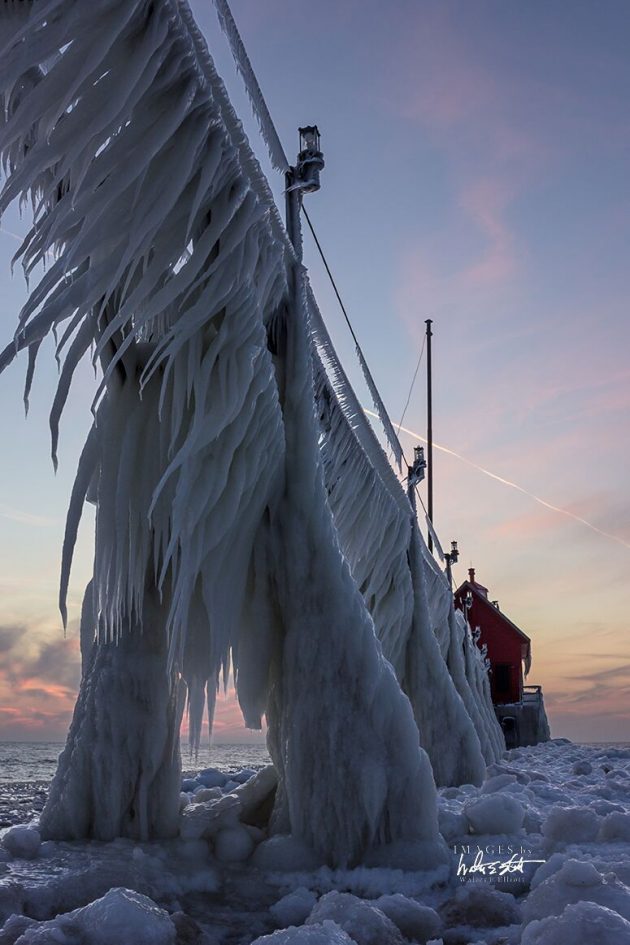 # 4 Red Mist & Steel
Foggy days in Grand Haven create unique opportunities. During an evening stroll down the pier in December of 2015, a particular view caught my eye. Positioning the lamps to back-light the catwalk, I used the lighthouse as a centerpiece to relate the mood. 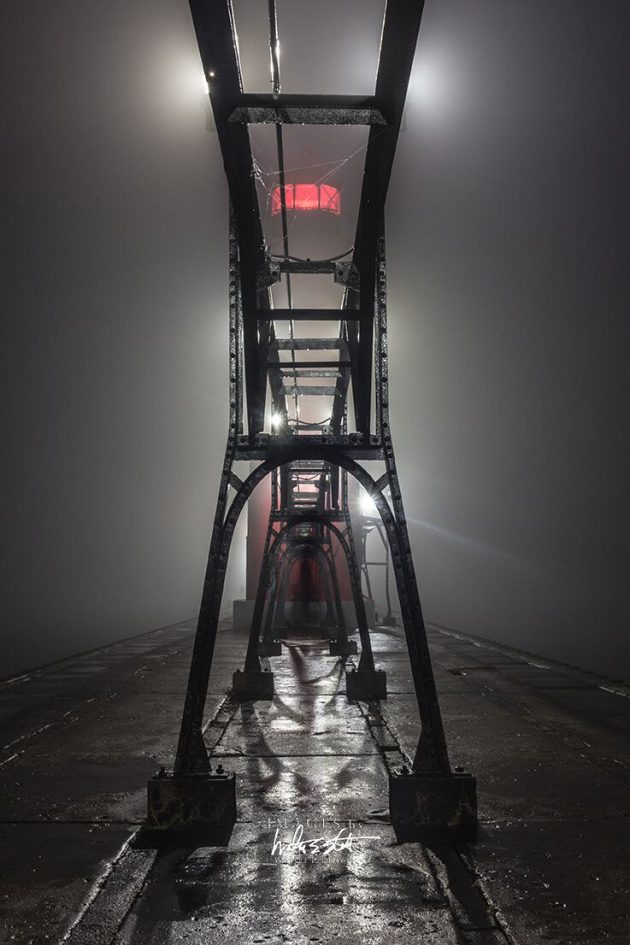 #5 Wave
My single most memorable day in Grand Haven was in November 2015. The media frenzy over the predicted size of the waves produced a summer-sized crowd including a multitude of photographers. I will never forget the feeling of sheer energy emulating from both humans and nature. 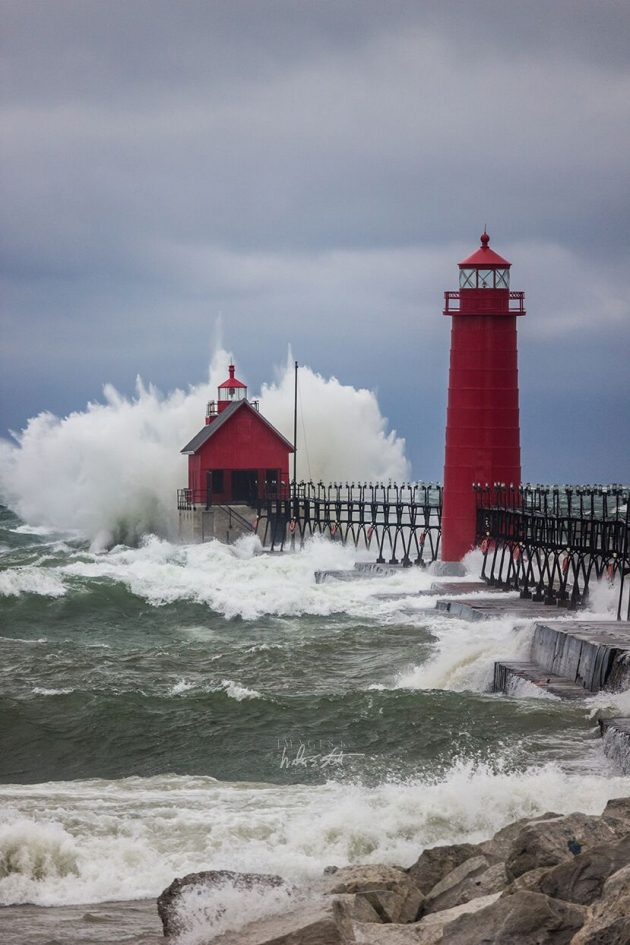