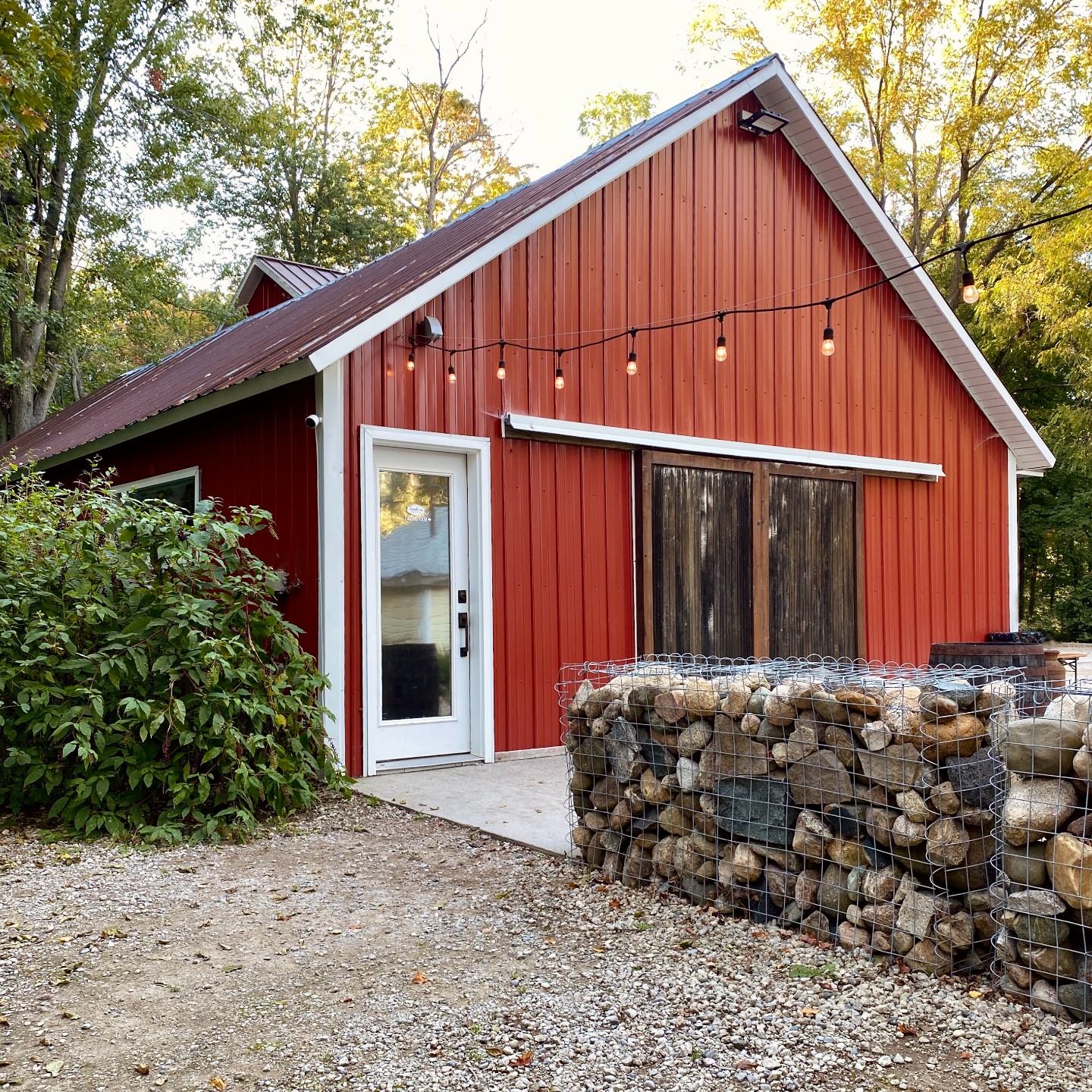 Where It All Began

Located in the middle of the woods, off the beaten path, Farmhaus Cider Co. is one of the region’s best kept secrets. Farmhaus provides a rustic setting with a welcoming farm feel and a delicious tasting experience.

For John, the owner of Farmhaus Cider Co., this all started as one crazy idea, which quickly turned into a big dream that eventually became known as Farmhaus Cider Co. The history of this cidery dates back to 1866 when John’s great-great grandparents immigrated here from Germany and settled on this property.

In 2006, John was in college studying accounting when he began experimenting making cider with his friends as a creative outlet. What started as just a hobby, quickly turned into a deep passion. Fast-forward to 2013, John was on a cidery tour with his girlfriend, Megan, celebrating his birthday, when he announced he was going to start his own cidery. It was a wild idea and people thought he was crazy. From that moment on, John made it his mission to turn his dream into a reality.

He knew of his family’s barn in the woods and could see a vision for how to transform the 100 year old barn to the home of a cider business. John didn’t know all that he was getting himself into or how he was going to make things happen, but he knew he would figure it out along the way. He recruited the help of his family and friends, and together, while working full-time jobs, they started to rebuild the barn.

After lots of blood, sweat, and tears, the barn was finally reborn into a cidery in 2014! At that point it was just a little red bard in the middle of the woods filled with cider…really good cider. This was just the beginning of their soon-to-be booming business. People loved what they were creating and it inspired them to keep creating more and expand their business. All their hard work and dedication was finally starting to pay off! Today, Farmhaus offers a variety of ciders claiming to have something for cider lovers and cider haters alike. Their cider line-up includes everything from classic semi-sweet to unique, seasonal flavors. Cinnamon & maple goodness, chipotle & raspberry, and blueberry lavender are just some of the one-of-a-kind flavors they offer. You can try up to six different varieties with a build-your-own cider flight or order a pint of your favorite concoction.

Farmhaus Cider Co. has been recognized on a regional and national level for their award-winning ciders. They have won multiple Great Lakes International Cidery and Perry Competition Awards and have also won the peoples choice awards at the worlds largest cider festival for several consecutive years.

Many people flock to Farmhaus for their dry, tart ciders while others visit for their fruited flavors or hoppy tastes! At Farmhaus Cider Co., they like to push their limits to what cider can be. They place a strong emphasis on local agriculture and they are passionate about working with local farmers to create new and unique flavor experiences that can’t be found anywhere else. They truly have a cider for everyone! Open year-round, Farmhaus offers an experience unlike any other. If you opt for outdoor seating (which we definitely recommend), you can challenge your friends to a board game or two underneath string lights while sipping your cider. In the winter-time, Igloos are available for rent, so you can cozy up to enjoy your liquid libation.

If you’re looking for a bite to eat while visiting Farmhaus, they partner with a variety of food trucks to provide their guests with a rotating menu of local cuisine. For up-to-date information on visiting food trucks, head to Farmhaus’ Facebook page.

Farmhaus also distributes their ciders all across the state of Michigan so you can stock up and enjoy their ciders wherever life takes you.

John and his wife Megan are co-owners of Farmhaus Cider Co. and have a fantastic team of friendly, passionate, and knowledgably individuals who make the experience at Farmhaus one to remember.