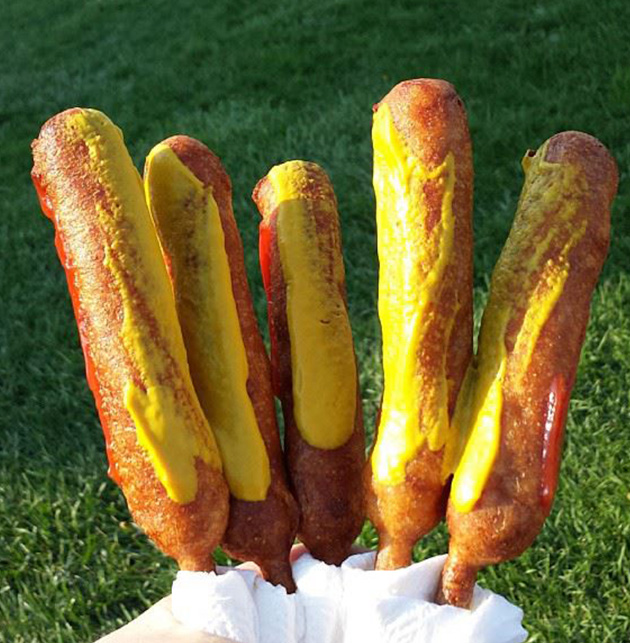 While March 20th is the first day of Spring, its considered more of a ‘formal’ term here in Michigan. In all actuality, it’s Mother Nature who tells us when seasons really ‘arrive’ in the Grand Haven area – not the calendar. We can recall a St. Patrick’s Day not too long along when it was 70 degrees and we were drinking a green beer outside on the patio at 22 Below in downtown Grand Haven.

With that said, we love the fact that our area actually sees all four seasons even if they don’t completely line up with what the calendar says. Right now we are seeing the signs of Spring and even Summer popping up all over the Grand Haven area. We asked our fans on Facebook and Twitter what their favorite signs of the warmer months approaching were and here’s what they had to say.

While we may not all agree on the value of Daylight Savings Time these days, we can all agree that it’s pretty darn nice to have the sunset after 8pm rather than 5pm. There is so much more time to enjoy walking the pier, hiking out at Rosy Mound, catching the sunset and biking along one of the many trails in the Grand Haven area. 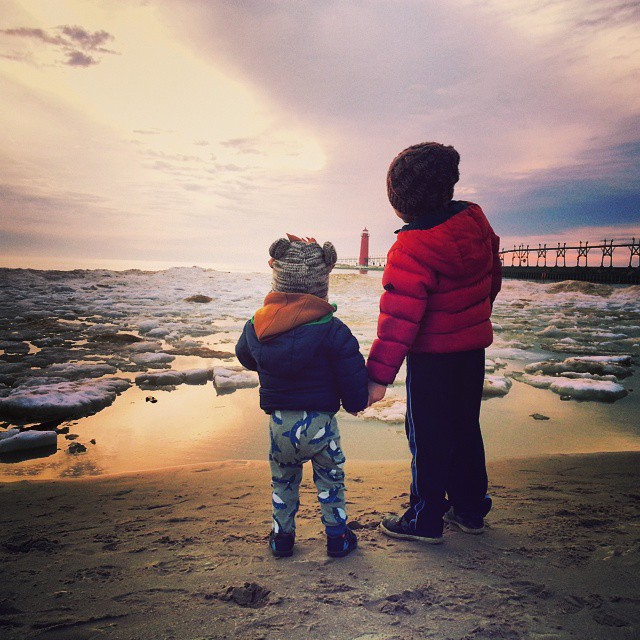 “To see the lake without ice!” – Bernadette Benkert via Facebook

It sure can be a stunning sight to see an ice covered Lake Michigan and the frozen lighthouses in the Wintertime but nothing beats the calming sound of waves rolling into shore at Grand Haven State Park. See what the conditions are like currently via the Surf Grand Haven Webcam. 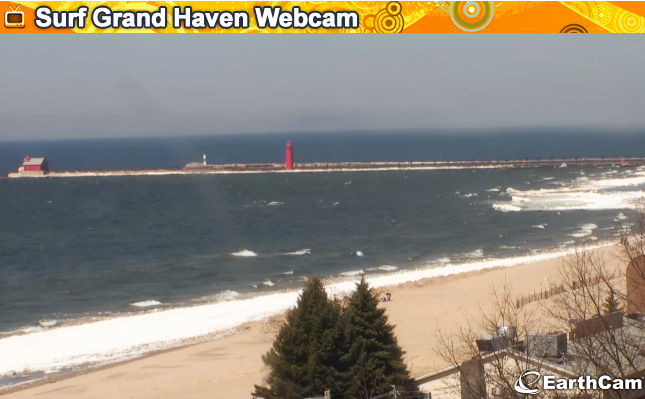 Grand Haven State Park is open for camping April 1st through October. Due to it being located close to downtown Grand Haven and along the shores of Lake Michigan, it’s a highly popular place to camp in Michigan. There’s nothing like camping barefoot in the sand. 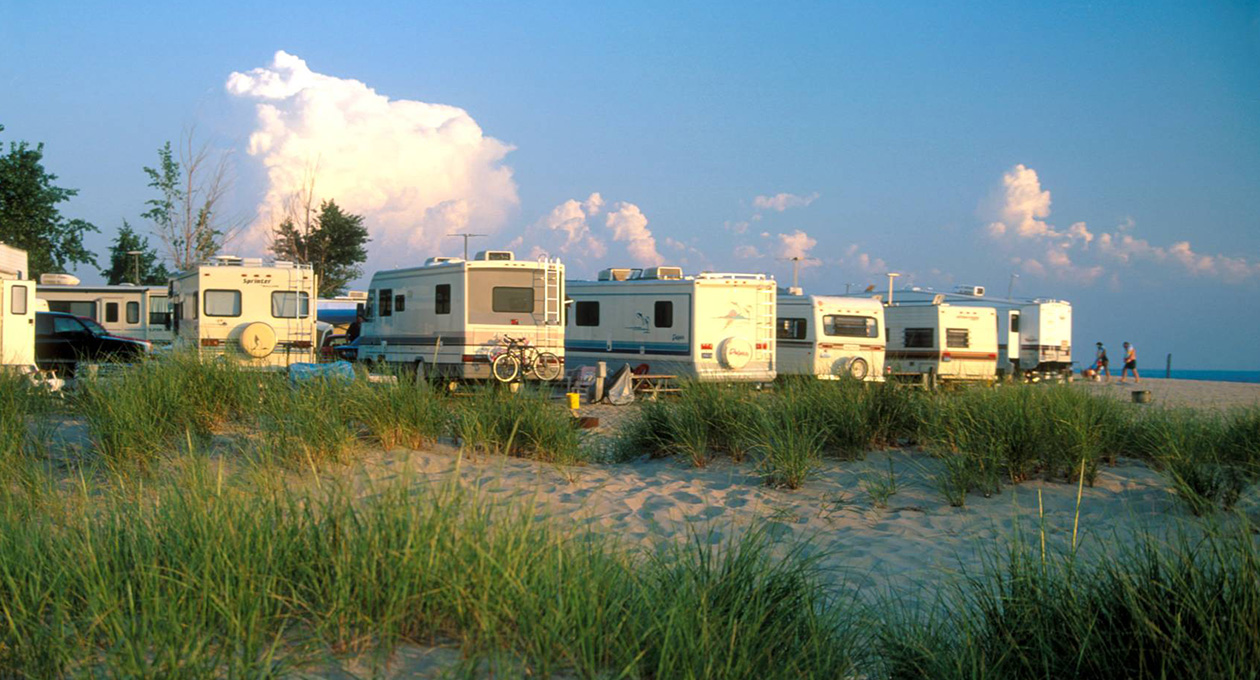 4. No More Snow Along the Bike Paths

“The bike ride from Grand Haven to Holland and back along Lakeshore Drive.” – Elizabeth Schuster via Facebook

The Grand Haven area boasts over 100 miles of biking paths and trails so it’s not a surprise to see bicyclists taking advantage of the newly thawed paths as soon as the snow clears. 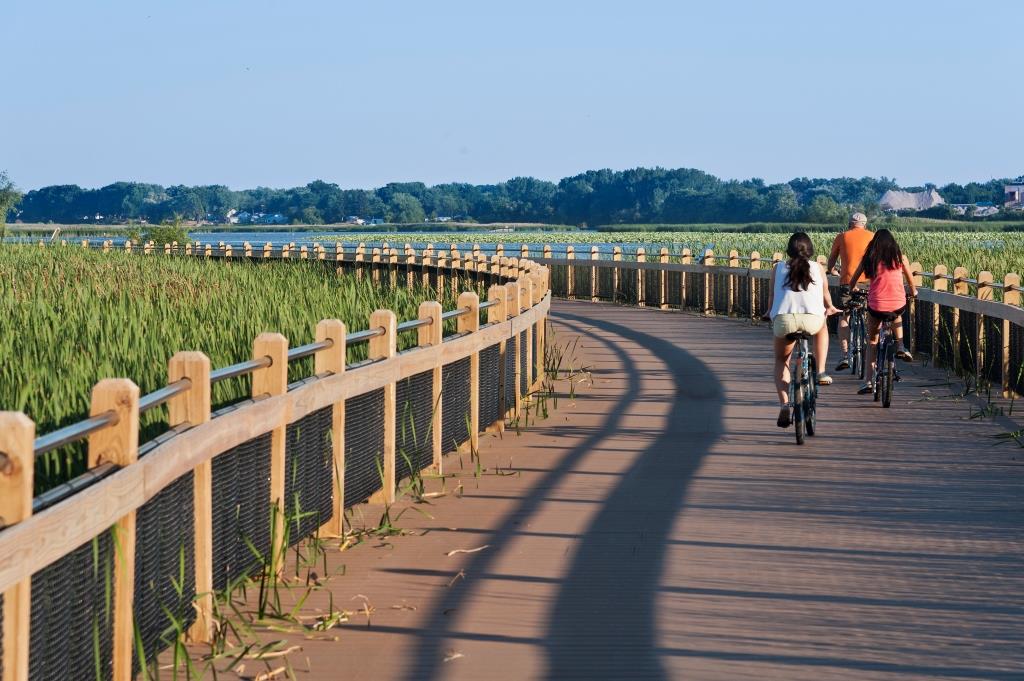 5. Kites Flying in the Sky

Traditional kite flying and adventurous kiteboarding are hugely popular in the Grand Haven area thanks to the winds coming off of Lake Michigan. Mackinaw Kite Company has a huge selection of stunt kites and kites shaped your favorite animals. They also host the Great Lakes Kite Festival ever year in mid-May. Kiteboarders layer up in wetsuits to catch air along Lake Michigan as soon as the ice clears. 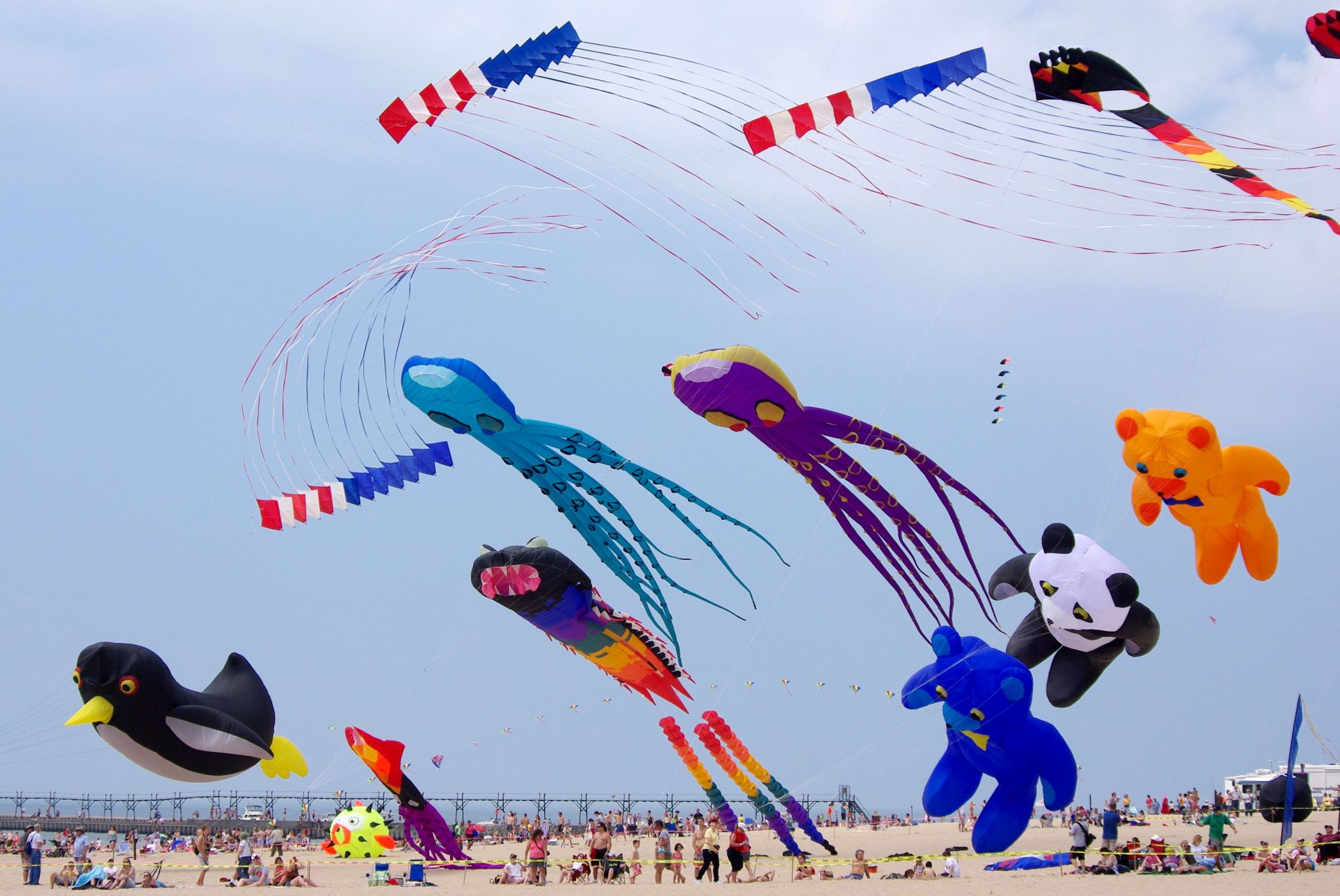 “People at the golf course in parkas.” – Josh Herder via Facebook

In true Michigander fashion, we take full advantage of each season – even at the very first signs of it. It’s not unlikely for local golf courses to open up as soon as the snow melts so that the die hard golfers can knock the dust off their clubs for the season. Terra Verde, Evergreen Golf Course, West Ottawa Golf Club and Pigeon Creek Golf Course have already hosted their opening days of the year. 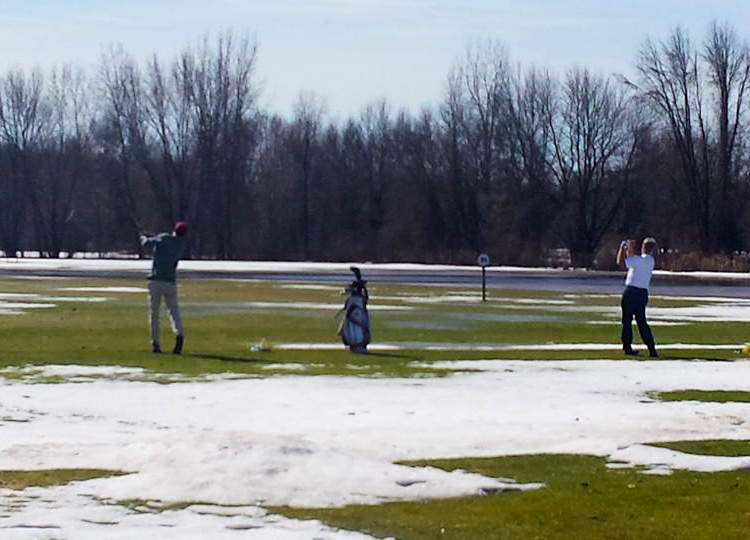 “Miss Lisa’s opening up, Pronto Pups opening up, Butch’s opening up (GH location of course) all sure signs that spring has officially sprung. (ps…I like to eat).” – Jonathan Striker via Facebook

Even before the snow melts, some local ice cream shops have a tradition of opening up in March even if a snowflake or two is still possible. Miss Lisa’s in Ferrysburg and Skoops in Grand Haven are usually some of the first to open for the year. If heading to Miss Lisa’s, be sure to bring cash! 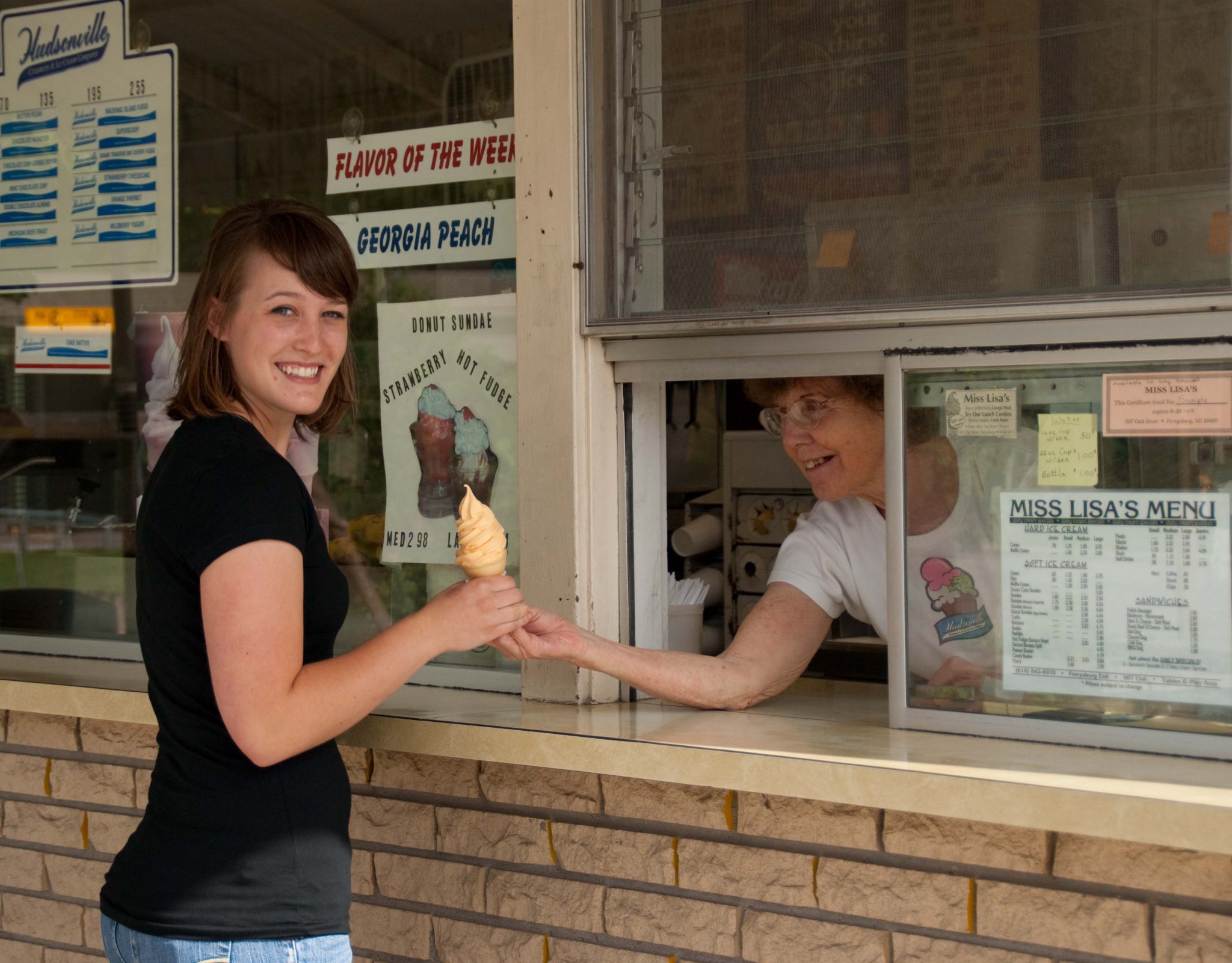 “Signs of spring in @VisitGrandHaven? An ice-free Lake, the beautiful smell of hyacinths, and of course, Butch’s! :)” – @jesicaleaRD via Twitter

Butch’s Beach Burritos is family owned and has operated seasonally just down the street from Grand Haven State Park since 1987. While Butch’s has since opened a year round location in Spring Lake, a Chiwawa Chili Dog tastes that much better on a sunny day down along Grand Haven’s waterfront. This year, Butch’s Grand Haven location will open for the season on Friday, April 24th – see you there! 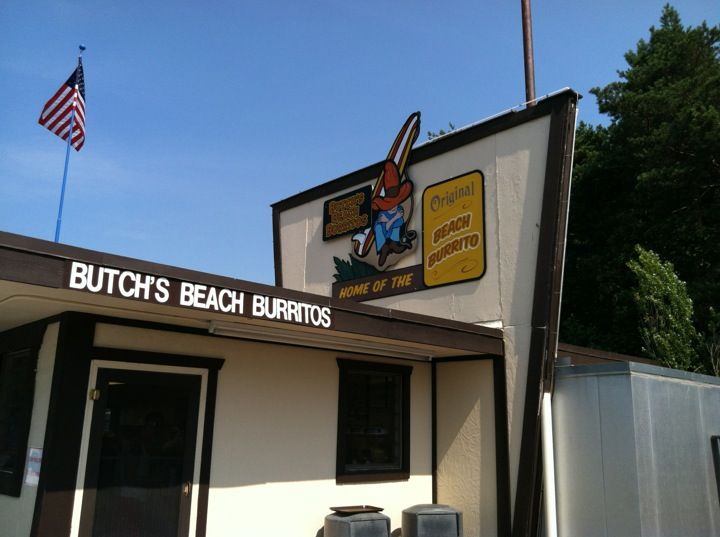 9. Birds Chirping & Returning from the South

” Listening to and watching the return of the sandhill cranes along the Grand River.” – Christine Grimm via Facebook
“The sound of seagulls!” – Tonya Christiansen via Facebook

The Grand Haven area is a birdwatcher’s paradise and we’re home to more than just seagulls. It’s not uncommon to see 50 or more species of birds and waterfowl, especially on an early spring morning near Harbor Island including the majestic Bald Eagle. Grand Haven is also home to Peregrine Falcons who nest atop of the Board of Light & Power chimney in downtown. You can keep tabs on the falcon family via the Falcon Cam. 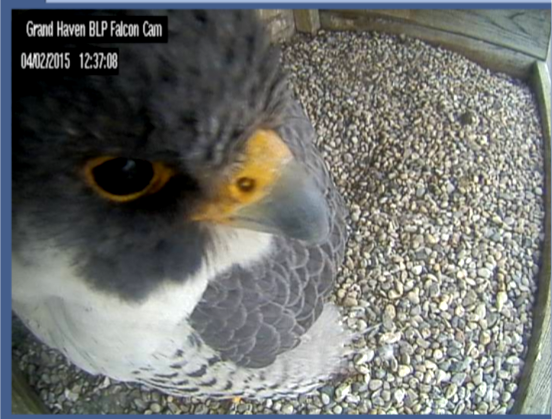 The yearly release of Kalamazoo’s Bell’s Brewery’s seasonal ale, Oberon, is like an unofficial holiday in Michigan. This year on Monday, March 23rd – local restaurants and bars in the Grand Haven area celebrated ‘Oberon Day’ accordingly with keg tapping parties and plenty of fresh sliced oranges. Other warm weather drink favorites in the area include the Rum Bomber at Jack’s Bistro + Bar, Watermelon Wheat from Odd Side Ales, and VanderMill’s Blue Gold hard apple cider. 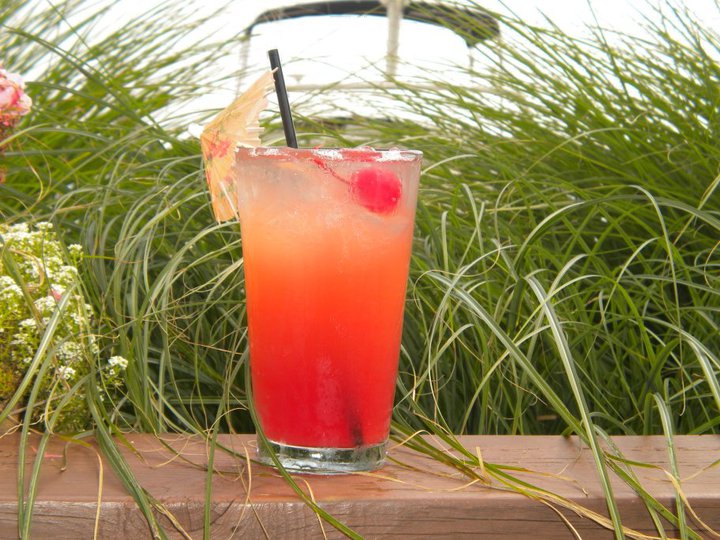 Ice fishing is very popular in the colder months but nothing beats casting your pole from the Grand Haven pier or snagging a big one while out charter fishing. As soon as the ice melts enough on Lake Michigan, the poles return to the pier and the fishing boats head out of the harbor. 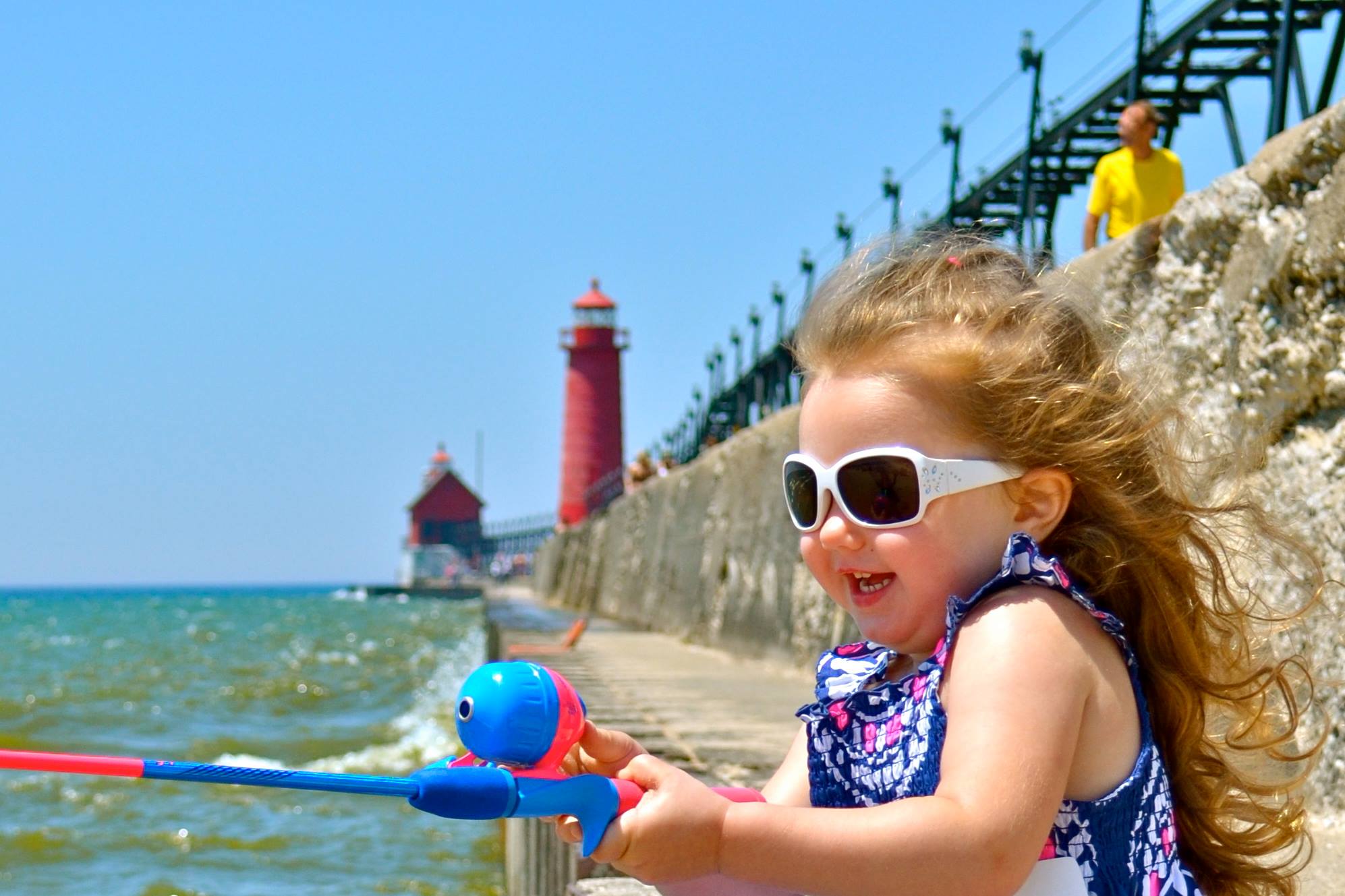 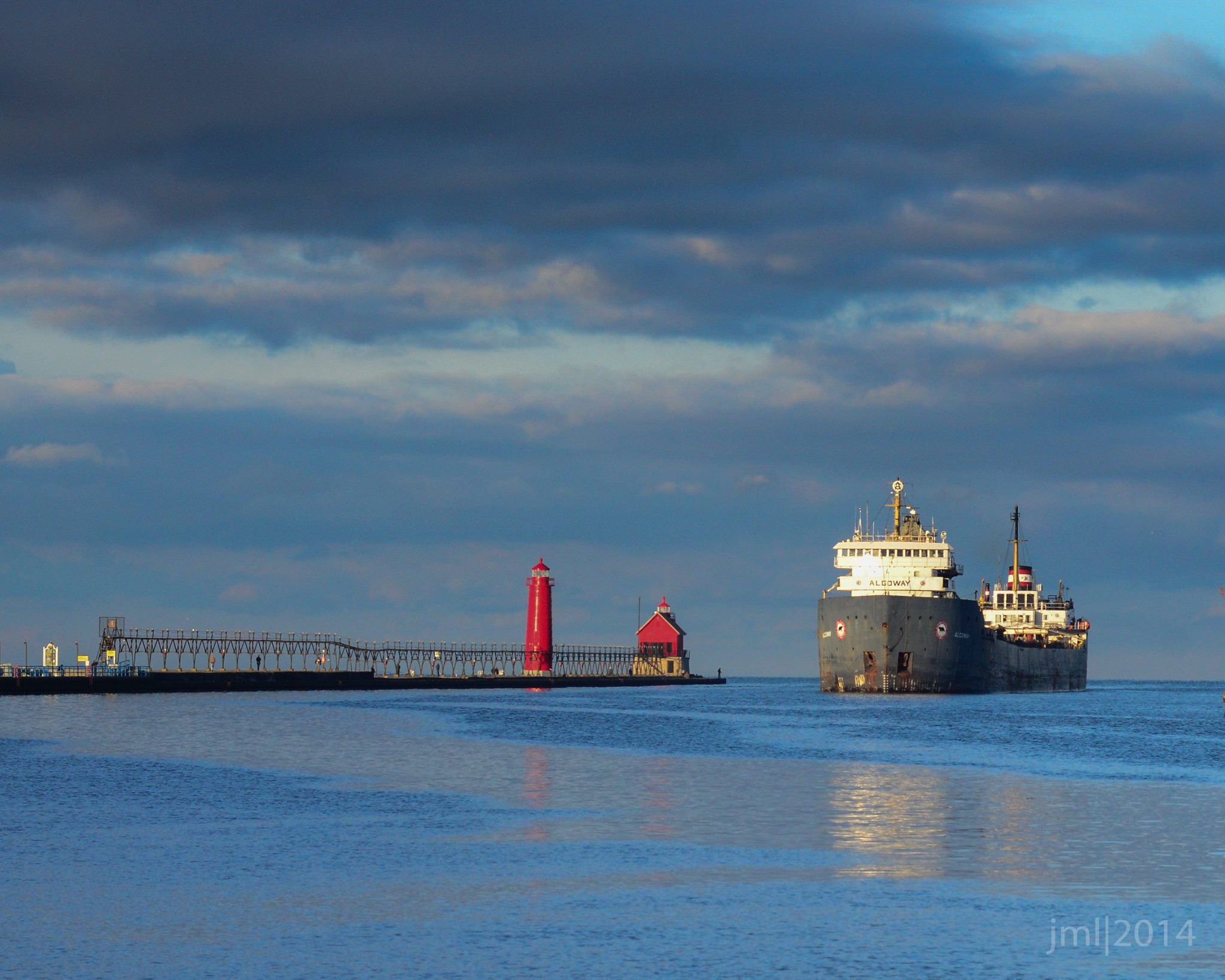 When asked what their favorite signs of summer in the Grand Haven area, the overwhelming response from our followers was “When the Pronto Pup stand opens for the season!” – and we agree! The tiny white and yellow stand next to Snug Harbor has been a summertime favorite since it opened in 1947. The Nelson family has kept this Grand Haven institution alive for almost 70 years. They keep it simple: Fresh to order hot dogs on a stick – with your choice of ketchup or mustard – and cold Coca-Cola products on tap. That’s it. Oh and cash only please. The Pronto Pup stand opens for the season on Friday, May 1st. 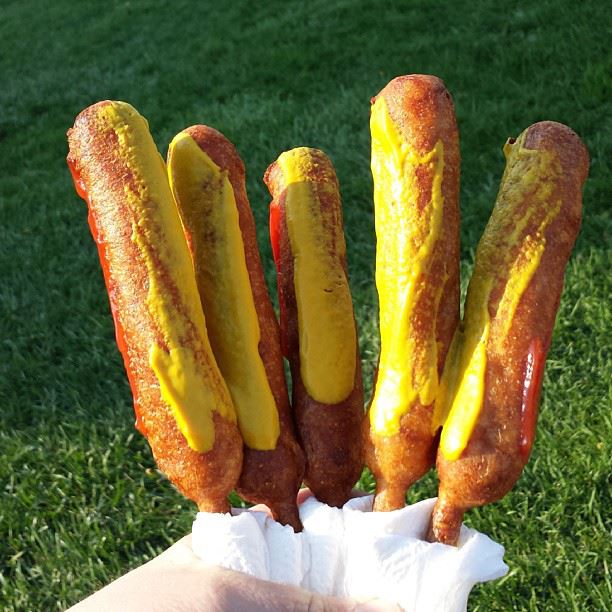 What would you add to our list? What are some other signs of summer in the Grand Haven area? Post your additions to the list in the comments below!