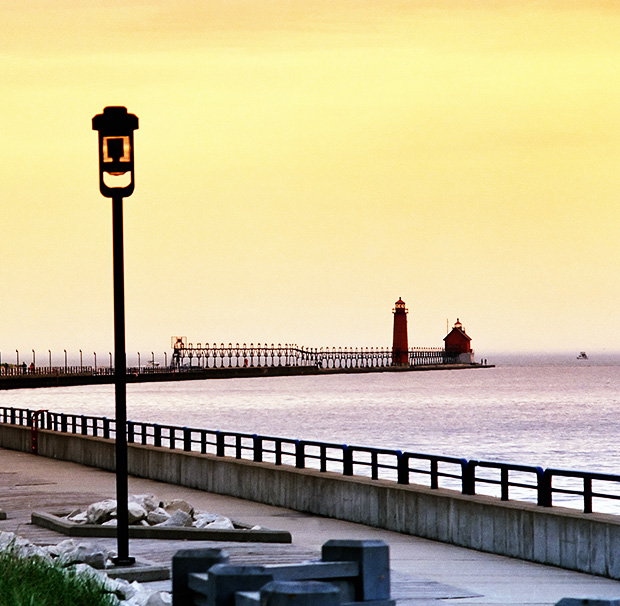 The park commonly referred to as “The Boardwalk” is actually officially named “Lighthouse
Connector Park”. It extends 1.5 miles from Chinook Pier to the foghorn house at the end of the
South Pier. Completed in 1984 during Grand Haven’s Sesquicentennial, this park is enjoyed
by thousands of Grand Haven residents and thousands more vacationers throughout the
year.