Beach and water safety are an important part to your vacation.  Be prepared and know what to expect.  Lake Michigan is big and beautiful but many do not realize it is a fresh water ocean.  Rip currents can and do occur.  Make sure you, your friends and family know how to handle themselves if caught in a rip current.  Some parks offer the flag system but the best protection is being aware of the water conditions and  knowledgeable about what to do in case of an emergency.

LOW: A low risk of swimming hazards implies that large waves and strong currents are not expected along the shore.

Today:
Showers and thunderstorms likely, mainly after 5pm. Partly sunny, with a high near 67. Southeast wind 6 to 9 mph becoming southwest in the afternoon. Chance of precipitation is 60%. New rainfall amounts between a quarter and half of an inch possible.

Tonight:
Showers and thunderstorms. Steady temperature around 68. South southeast wind 10 to 16 mph becoming southwest after midnight. Winds could gust as high as 24 mph. Chance of precipitation is 90%. New rainfall amounts between a quarter and half of an inch possible.

Monday:
A 20 percent chance of showers before 2pm. Partly sunny, with a temperature falling to around 57 by noon. Northwest wind around 18 mph, with gusts as high as 26 mph.

VisitWGHN Beach Live Cam for live video of the beach. 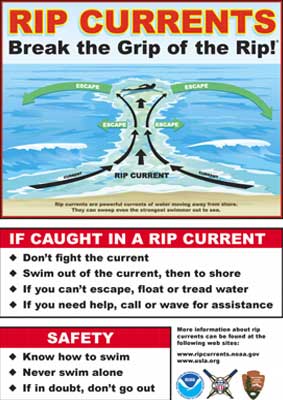 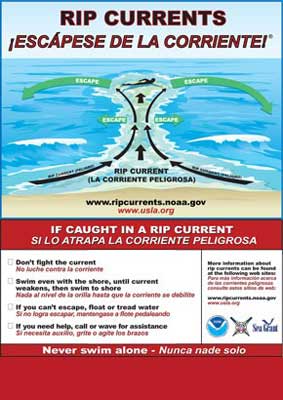 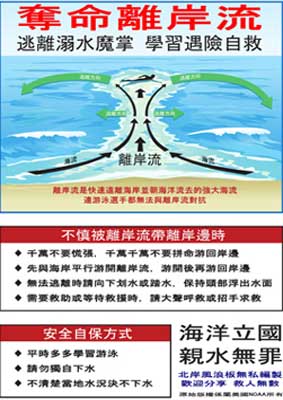