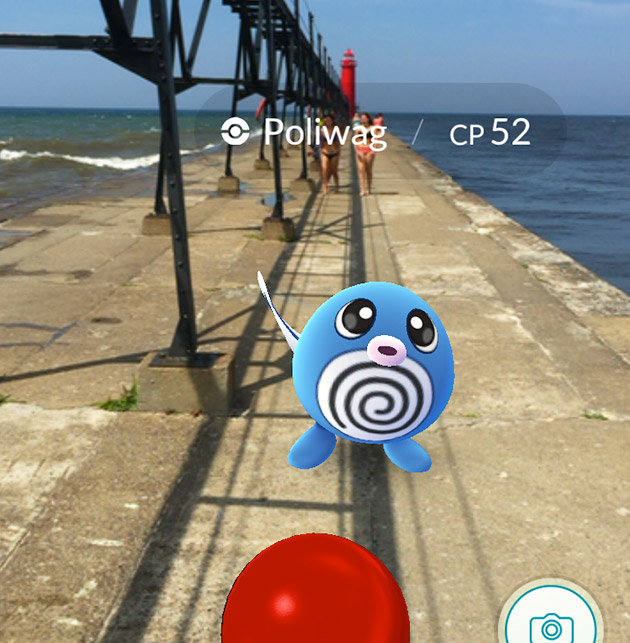 Even though it has been less than a week since its launch on July 6th, Pokémon Go has already become a cultural phenomenon.  It’s already so popular that it’s on the verge of overtaking Twitter in terms of daily active users. Here’s why we love it!

First things, first. What is Pokémon Go?
Pokémon Go uses your phone’s GPS and clock to detect where and when you are in the game and make Pokémon “appear” around on your phone screen so you can go and catch them. As you move around, different and more types of Pokémon will appear depending on where you are and what time it is. It reminds us a little bit of geocaching but with hidden Pokémon instead of cache containers.

Here’s how you play in the Grand Haven area…and the world!
Pokémon Go is available for a free download on Android and iOS. The really fun part about Pokémon Go is that it uses augmented reality to blend the real world with a virtual one. So you’ll be walking down Washington Avenue and – BAM! 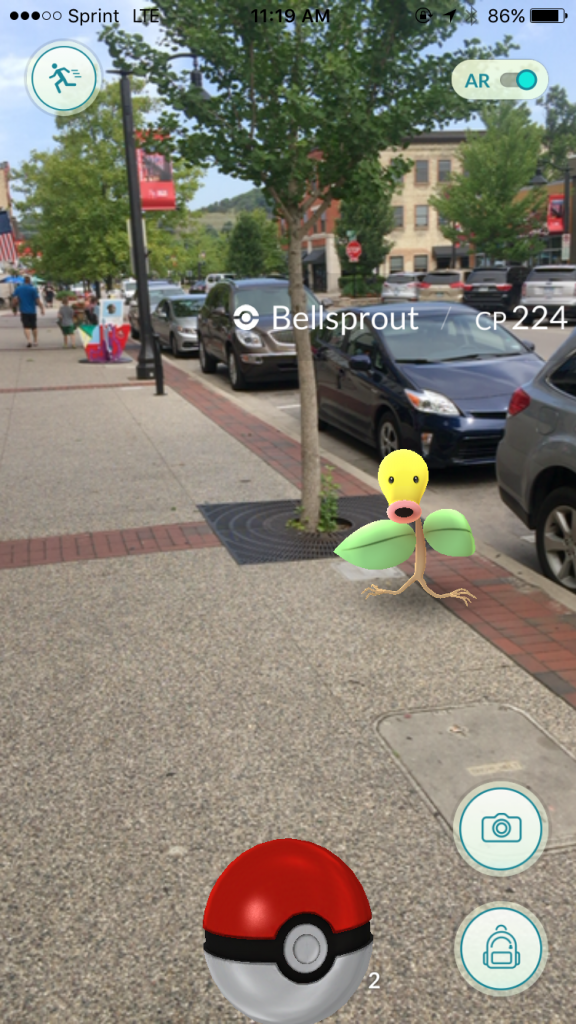 Or you’re going for a walk along the boardwalk and – whoa! 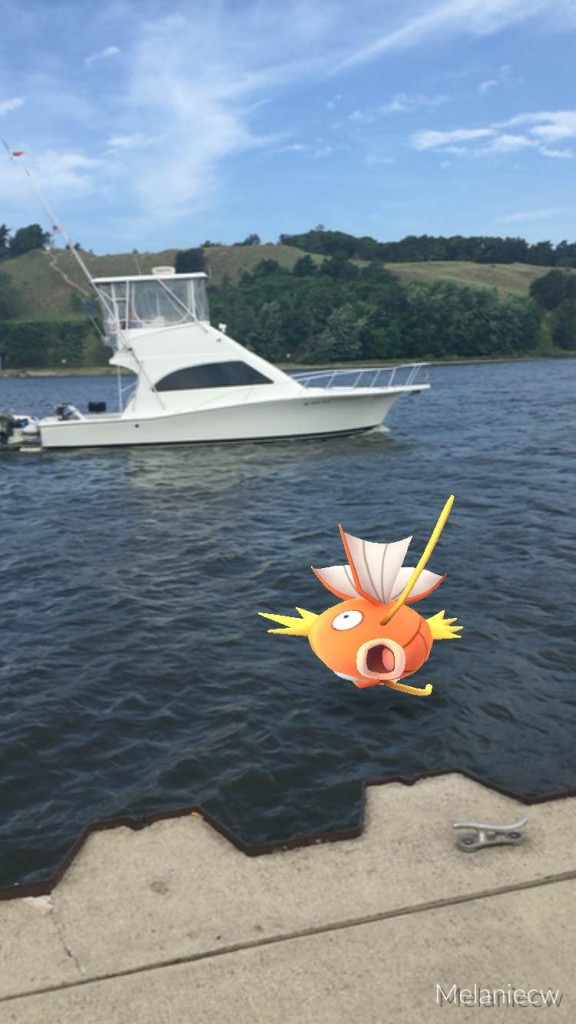 Or you’re walking into our Visitors Center at 225 Franklin and a Spearow decides to block your path. 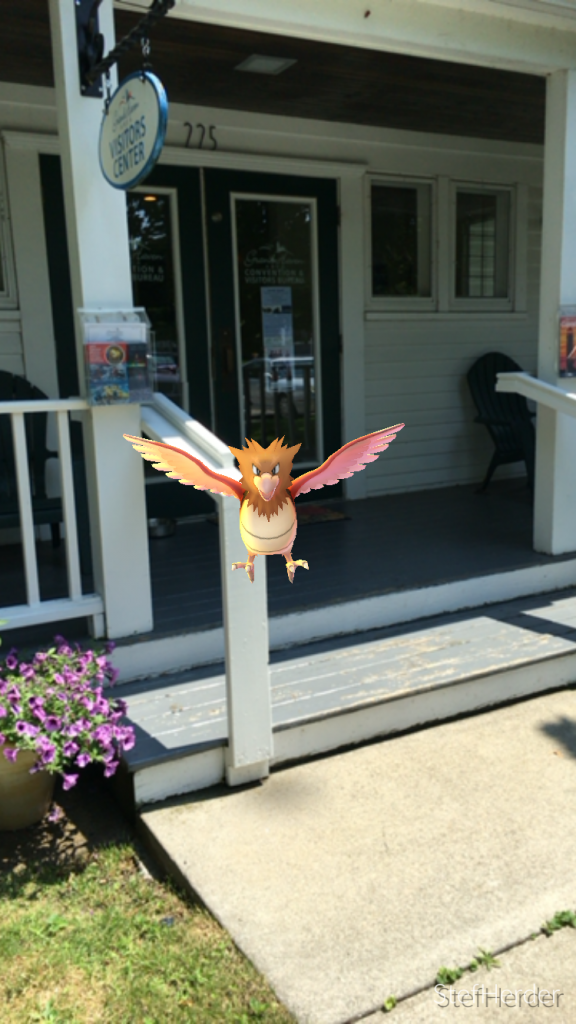 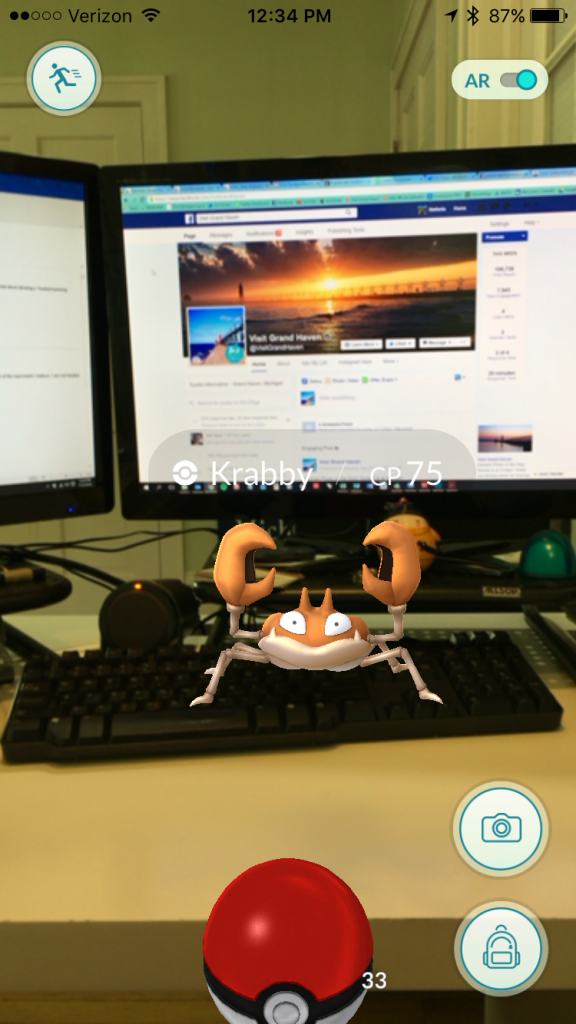 As you move around, your smartphone will vibrate to let you know you’re near a Pokémon. Once you’ve encountered a Pokémon, take aim on your smartphone’s touch screen and throw a Poké Ball to catch it. Be careful when you try to catch it, or it might run away!

Also look for PokéStops located at a variety of places around the Grand Haven area, such as public art installations, churches, historical markers, and monuments. This is where you can collect more Poké Balls and other items. 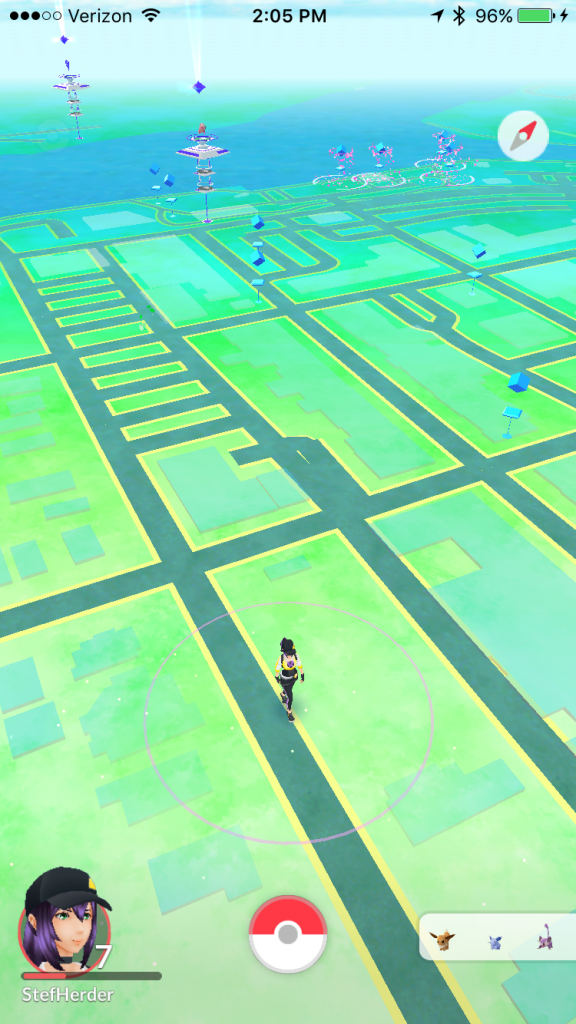 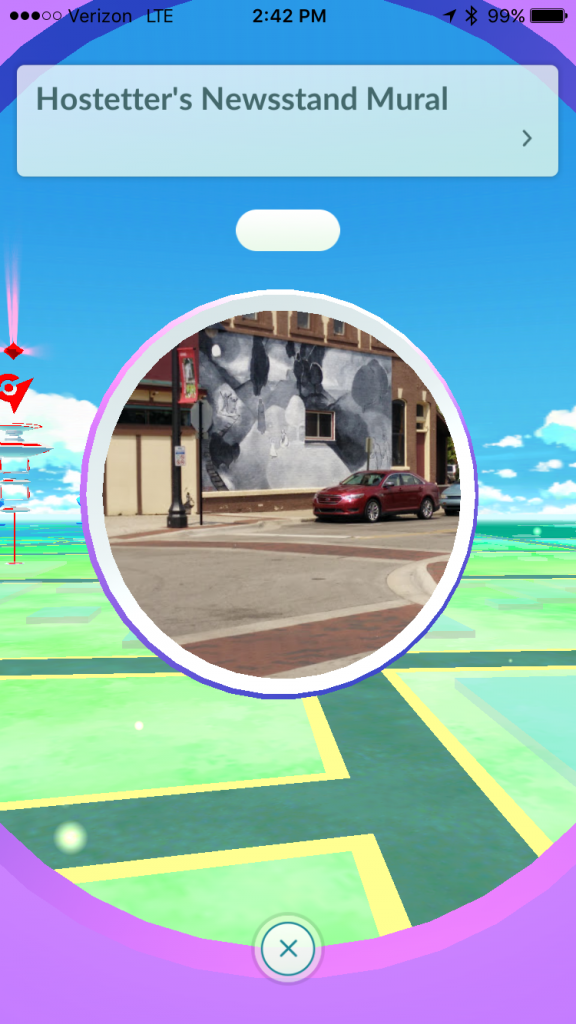 The Grand Haven area also has several Gym locations. Like PokéStops, Gyms can be found at real locations in the world. Gyms are where you can bring your captured Pokémon to train and battle.

Gyms located in the Grand Haven area include the Tri-Cities Historical Museum’s Depot Building, the Funky Farm mural across the street from the Grand Haven Farmers Market, and The Front Porch in Spring Lake. 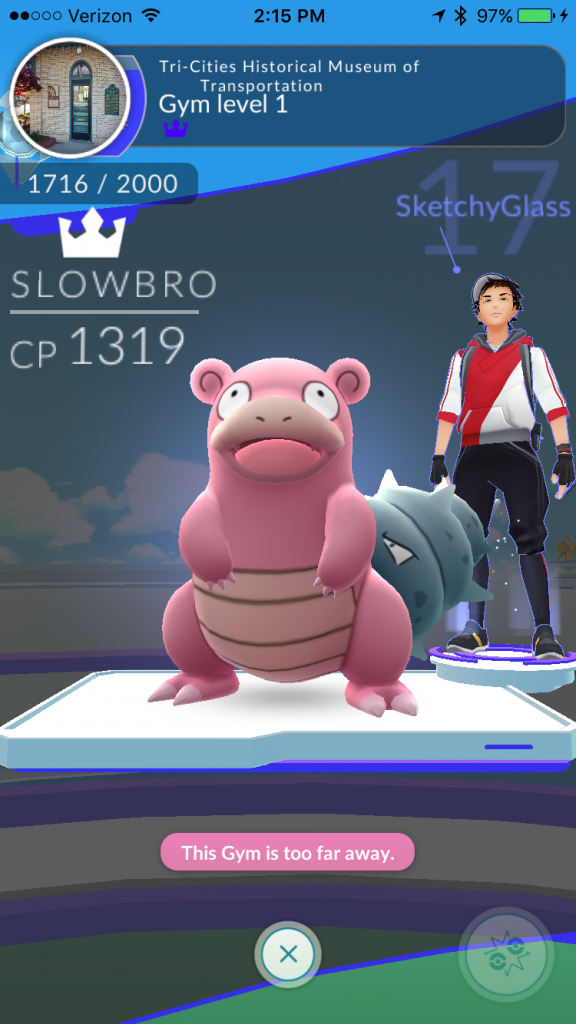 The downtown area of Grand Haven is a great place to start your Pokémon Go mission since it’s easy to walk between downtown and Lake Michigan. Here you will find a wide variety of Pokémon, plenty of PokéStops to load up on gear, and more than 5 Gyms to train and battle your captured Pokémon. 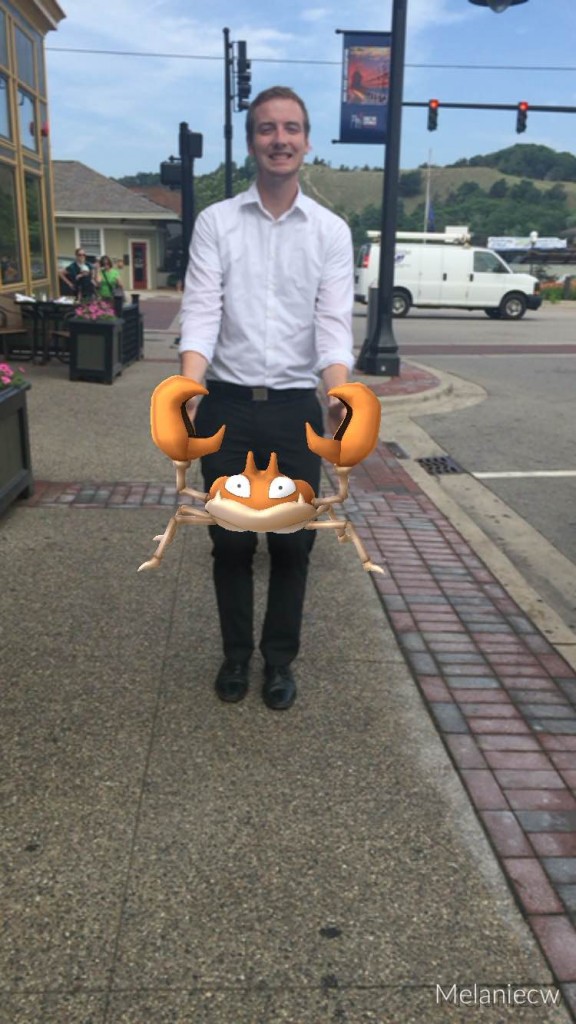 Pro-Tip: Jump on the Trolley to be able to capture Pokémon while enjoying a fun tour of the area. You can also get on and off at designated Trolley stops along the route to hunt in different areas of Downtown, Centertown, and Washington Square. 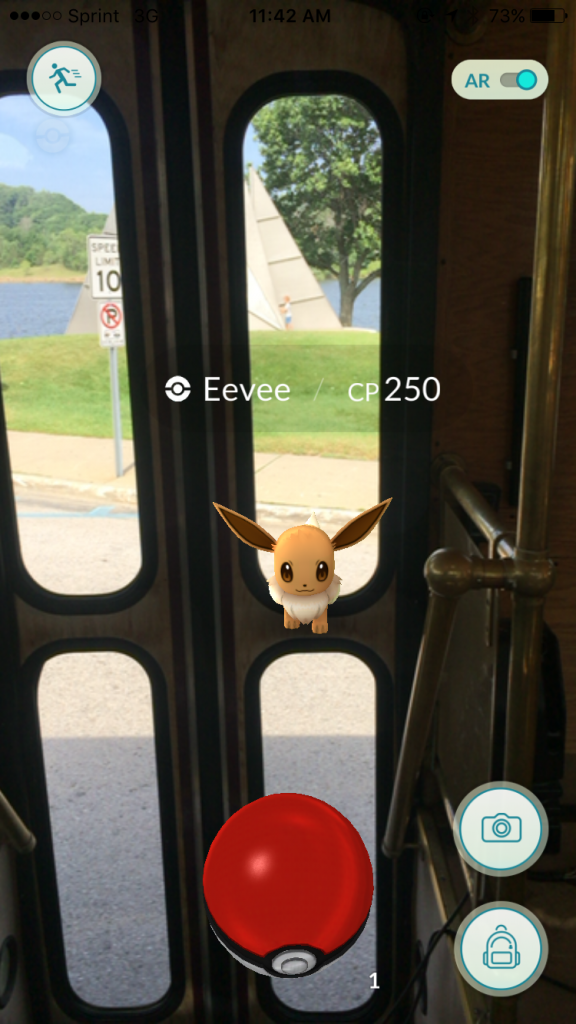